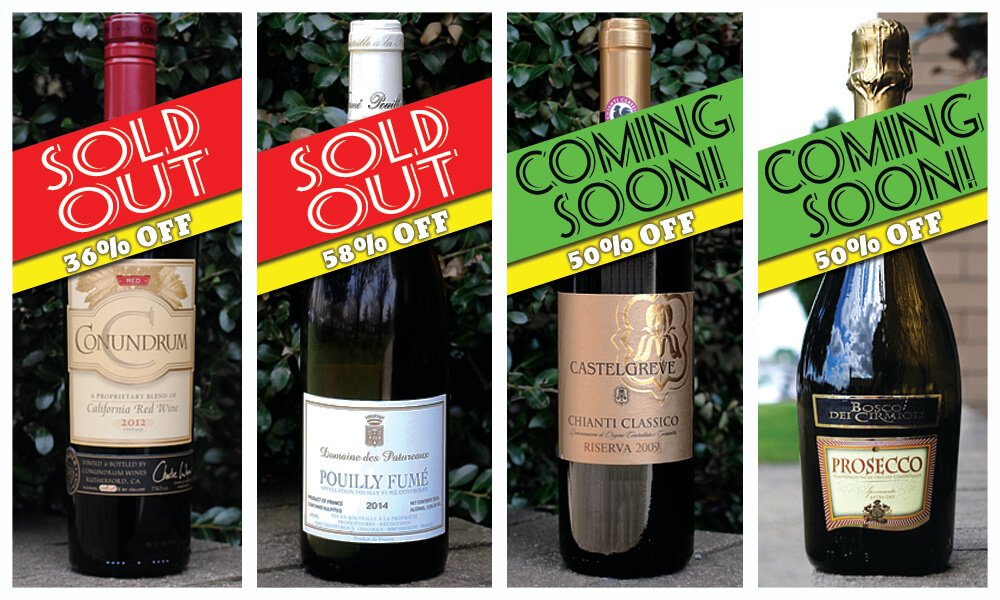 Missed Tuesday's Cheapskate Marathon? No worries, there are new deals every day at WTSO!

You may remember that last Friday we gave you advance warning of a can't miss event this week, the WTSO Cheapskate Marathon. We heard great things from many of you that took part in Tuesday's sale but thought a recap would be in order for those that missed it (plus a little encouragement to make sure you don't miss the next one!)

First off, let's take a look at exactly what went down on Tuesday. All told an incredible 75,289 bottles were sold! (And remember all these were priced at $18.99 or less.) The highest sales were at 4pm ET with 6,736 bottles sold in that hour alone. The wine with the most bottles sold? The 2013 Shadowood Reserve Napa Valley Cabernet.

And while there were way too many deals to list here's a sampling of what went down on Tuesday:

So what to do if you're reading this list and kicking yourself over missing out? Make sure it doesn't happen again! While the next Cheapskate Marathon won't be for a while, WTSO offers up to 70% off wine deals every single day. (Check out the image at the top of the post for a couple that are still coming this month.)

Sign up here to make sure you never miss a deal at WTSO!