SRP of around $12 and available for as low as $8. This one has also been spotted at Costco. Sample submitted for review.

“This bright, silky red is produced from 40-50 year old, dry-farmed vineyards located in Zone 7, at 870m (2,850ft) elevation. The vines are tended in granite and sandy soils. Average temperature during the growing season from April to October is 17.9C (62.4F) and yearly rainfall is 574mm (22.6 in.). Ageing is 100% unoaked. Zestos pairs deliciously well with pepperoni pizza.

When you think about Spanish wine places like Rioja and Ribera Del Duero immediately come to mind. Madrid, if it is even on the list, is probably way at the bottom. And while it may be the third largest city in the EU, it’s not an area associated with quality winemaking for most people. That should change.

Although you may not see it on the labels, 90% of wines made here come from organically grown grapes. The region, which is less than 80 miles from Ribera Del Duero, is home to many old vine vineyards. Much of the region, and particularly the San Martin area, have great conditions for growing quality grapes — high altitudes and rocky soils. And finally, since it is little known in the wine world (the D.O. was just established in 1990) you can find tremendous value here, much like today’s wine.

The 2011 Vinos Jeromin Zestos Old Vine Garnacha begins with a strong, pleasing aroma of strawberry, raspberry, black cherry and a lot of red licorice along with some nice floral notes, although you’ll want to give this one about an hour in the glass to really open up. Tasting the wine reveals lots of fresh fruit flavors intertwined with some lovely spice notes and an intriguing dash of minerality. The fruit flavors are a bit darker and tarter in the mouth than suggested by the nose. This medium-bodied wine offers a whole lot of complexity at such a low price. It finishes clean and dry with tart fruit flavors that hang around for a long time in your mouth. A great wine to have on hand as it will pair equally well with a pizza as with your standard grilled fare. An easy choice!

Buy this wine online from our featured sponsor Marketview Liquor or see a listing of local retailers selling this wine here. 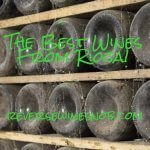 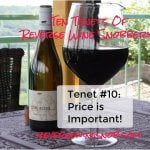