Today we have a guest post by Steve Kubota, a wine consumer with over two decades experience searching out great value in wine. Follow Steve on Twitter to get more of his great value picks!

Zinfandel is genetically related to Primitivo, a popular grape from Italy. Both Zinfandel and Primitivo are clones from the lesser known Crljenak from Croatia. I have enjoyed Zinfandel over many years and decades that ranged in price from $7 to more than $75. I was first introduced to the varietal in the late 1980’s and immediately fell in love. I was dumbfounded years later (1990’s) when a good friend of mine said he didn’t like Zinfandel because he only drank red wine; I didn’t know there were white and rose versions and their popularity. I prefer the heartier red versions and also Zinfandel blends with Rhone grape varietals we are starting to see from Paso Robles and other parts of California.

I chose to write about Sledgehammer’s Zinfandel because they knocked the ball out of the park from a quality to price prospective. The retail price on average in WA State is $15.49 but I can usually find it on sale somewhere nearby for $9-11 range. This is a wine that is similar in style to the Michael and David Phillips Winery stable (Earthquake Zinfandel; Freak Show Cabernet Sauvignon; Petite Petit; 6th Sense Syrah; Seven Deadly Zins to name a few.)

I have tried and enjoyed the previous three or four vintages. Some have been overpowering and hedonistic with generous amount of dark fruit aromas and flavors that can overwhelm consumers accustomed to Pinot Noir, Merlot and Cabernet Sauvignon. There is a lot to grasp onto being a full bodied, high alcohol wine that’s marketed to manly men and rightfully so.

The 2011 vintage is slightly lighter overall and exhibited much more balance and depth and will appeal to a wider range of consumers. There are hints of both dark and light red fruit flavors and integrated tannins with cola and coffee notes in the finish. I tried pairing it with some of the winery’s suggestions and a nice assortment of cheeses and charcuterie in separate tastings. Grilled Rib-Eye, BBQ ribs and Italian Sausage based pasta in a marinara sauce were all spectacular with the Zinfandel. I also found the smoked versions of hard and soft cheese paired really, really well as did the savory deli meats.

It wasn’t that long ago when leaders of men would raise a glass of wine to celebrate the conquest of enemies, the reaping of the harvest, or the construction of cities. Men would acknowledge their accomplishments by toasting, laughing, and singing. They would eat heartily and drink wine liberally. Wine was the official drink of celebration.

Sometime in the last few hundred years, though, drinking wine (like many men) went soft. Now you have a generation of men in designer suits who fancy themselves connoisseurs of wine. They swirl, sniff, analyze, and wax poetically about top notes and tannins. Men went from celebrating good times with wine to celebrating the wine itself.

The Sledgehammer Man, in contrast, is a bit of a throwback. He has no interest in the rituals of wine idolatry. He reserves his words for a great toast, not a diatribe on the Bordeaux region. He drinks wine, never sips it. He demonstrates the virtues of men from a by-gone era – hard work, self-reliance, and chivalry – and he prizes the simple things in life: spending good times with close friends.

To accompany and enhance these good times, his drink of choice is Sledgehammer.

This wine is not elegant, delicate sipping wine that you’d find at your grandma’s bridge club. To the contrary, Sledgehammer Zinfandel is big, bold and spicy. It pairs well with grilled meat and loud music.

When to enjoy:
• Grilling meat over an open flame
• During any game 7
• While playing Led Zeppelin
• Sunday Funday

This is my second wine review for The Reverse Wine Snob. [See the first here.] It is an honor to write reviews for a blog that I enjoy and respect. I hope my reviews have been helpful to the Reverse Wine Snob’s followers and subscribers. Drink well and be merry!

Buy this wine online from our featured sponsor Marketview Liquor or see a listing of local retailers selling this wine here.

Don’t Miss A Recommended Buy! Subscribe to our daily email to get The Reverse Wine Snob in your inbox! 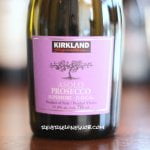 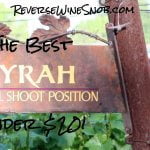