Also be sure to check out Part One of this series, focusing on Northern Rhone.

Today we turn to the second half of our Rhone Valley Adventure, focusing on the Southern Rhone. (For our post on Northern Rhone and an overview of the Cotes du Rhone appellation and all its designations, see Part One here.)

Our journey began with a tasting of wines from Chusclan (one of the named Cotes du Rhone Villages) at Domaine de La Romance. The area is distinctive for its rocky soils, in fact, the vineyards here used to be in the sea and even today they still find bits of coral and sea fossils in the very chalky soils. The wines of Domaine de La Romance have been organic since 2012. 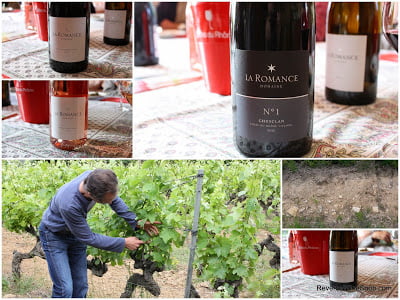 Next was a bit of history with a fascinating visit to Chartreuse de Valbonne, a Carthusian monastery that rises up dramatically out of the forest. The monastery was designed and built for monks who wanted to become hermits and was in use for this purpose from 1203-1901.

The compound was broken up into 24 "cells" that isolated the monks from each other. These were in no way prison cells, however! Each cell has a private garden with its own well and were two stories high. They were quite luxurious for the time with a fireplace, separate bedroom, work room and toilet. The monks only left the rooms to go to mass. Meals were even delivered through a tiny door to keep contact with others to a minimum. And of course, wine was and still is made here. 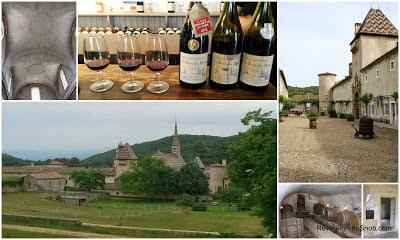 The church within the Chartreuse de Valbonne with its incredible vaulted ceiling of stone blocks held together only by pressure is a sight to see in and of itself. There's even a 13 room hotel here currently.

Another must-see historical spot is the incredible walled city of Avignon. 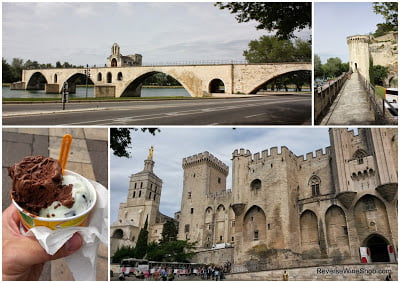 Most famous within Avignon is the Palais des Papes. The Popedom came to Avignon in 1309 and stayed for only 100 years, but that 100 years completely transformed the city even to this day. The Palace itself is an incredible visit that could easily absorb an entire day of your trip. 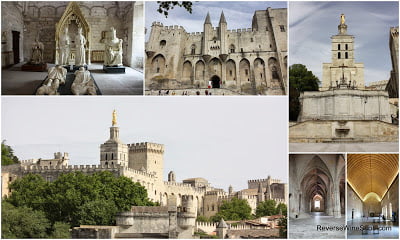 Much of the wine in this area is influenced by two things. The first is the ever-present Mistral wind, which is a cold, very strong north or northwest wind that blows through the region. It dramatically shapes the environment for much of this area, helping to bring sunshine and dryness and to toughen grapes.

The second is the Dentelles de Montmirail, a small chain of mountains that reach their highest peak at Mount Ventoux in Provence. Such noted regions as Gigondas, Vacqueyras, Sablet and Beaumes-de-Venise all border this area.

A special treat in this area are the white wines of Vacqueyras, which make up only 3% of the production for the region. (That the red wines from Vacqueyras are also excellent goes without saying.) Another treat were the fortified wines of Beaumes-de-Venise made from Muscat. We stopped for a tasting at Domaine des Bernardins, a 6th generation family estate. 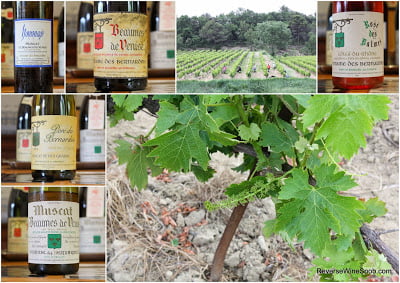 From there we continued on with a tour of Sablet and Vacqueyras, led by the very capable Oliver Hickman of Wine Uncovered. A tasting at Domaine des Pasquiers revealed surprising differences between regions and reinforced why wine lovers are actually dirt lovers as well. 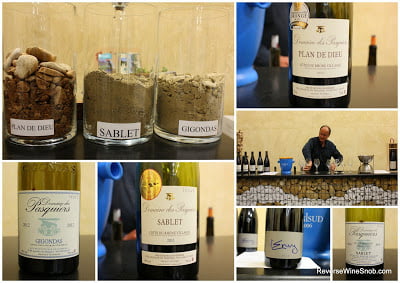 Next stop was a tasting at Domaine le Sang des Cailloux (meaning "the blood of the stones"). The owner Serge Férigoule, with his signature barbell moustache, led us through a tasting of his excellent wines which are imported into the U.S. by Kermit Lynch. 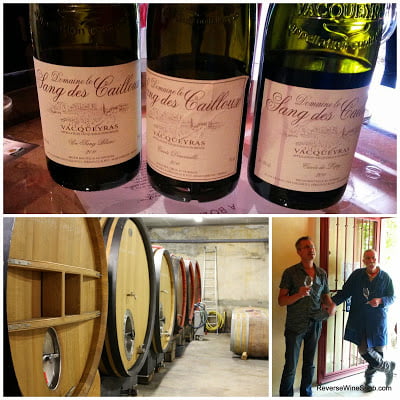 Another delightful stay at a local B&B followed, this time at Mas du Tilleul in Beaumes-de-Venise, complete with their own wine made from an on-site vineyard! 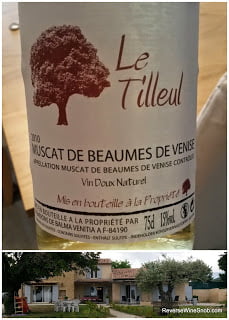 Our last full day in Southern Rhone included a visit to a French food truck at Aureto Wine Estate and a peak into the luxurious side of the Southern Rhone with a stop at the incredible La Coquillade resort. 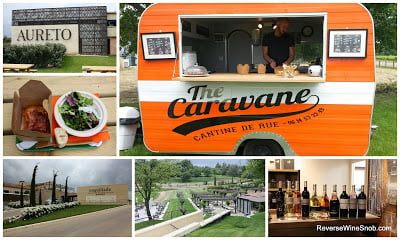 And with that, our incredible whirlwind tour of the Rhone Valley ended. Special thanks again to Atout France and Rhone Valley Wines! Also be sure to check out part 1 of this series: Rhone Valley Adventures Part One - Northern Rhone.