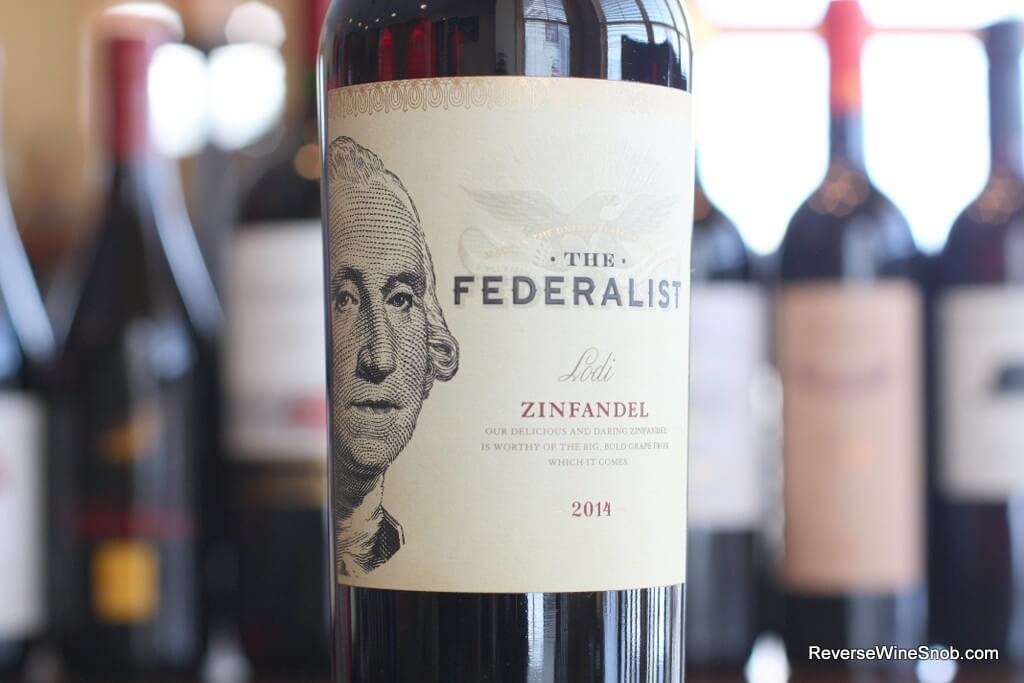 Zinfandel just the way the founders intended it, the Federalist Lodi Zinfandel.

The Federalist Lodi Zinfandel has an SRP of $22 and is available for as low as $14. 20,000 cases produced. Sample submitted for review.

Our delicious and daring Zinfandel is worthy of the big, bold grape from which it comes.

First President of the United States, General of The Continental Army. Father of our country. It's no overstatement to say that George Washington is downright legend. All this makes George the perfect founding father to represent The Federalist Zinfandel. Sourced from the moderate Mediterranean climate of the Lodi appellation with big, bold flavors of blackberry and plum, it's a true homage to the man himself.

While George Washington doesn't appear to be a wino on the level of say, Thomas Jefferson, he did appear to enjoy his wine. He once stated in a letter, "My manner of living is plain and I do not mean to be put out of it. A glass of wine and a bit of mutton are always ready." And if the wine in question is Zinfandel, Lodi is a great spot to go for it.

The 2014 Federalist Lodi Zinfandel begins with a very pleasant aroma of blackberry, black cherry, plum and a little baking spice including nice touches of cinnamon. In the mouth it's smooth and balanced with lots of cola and spice plus a little black tea, bramble and more. The medium-bodied wine also has plenty of tart and sweet dark berry fruit; in fact, it reminds me a bit of Sweet Tarts candy. There's also good acidity to help this wine pair nicely with food. It ends dry and long with more sweet tart fruit, oak and a bit of lingering cinnamon. This is a very nice example of a Lodi Zin and one that will go quite well with George's bit of mutton!