Trader Joe's releases a 2012 Meritage from the exclusive Oakville AVA in Napa Valley for under $20, the Oakville Bench Meritage. 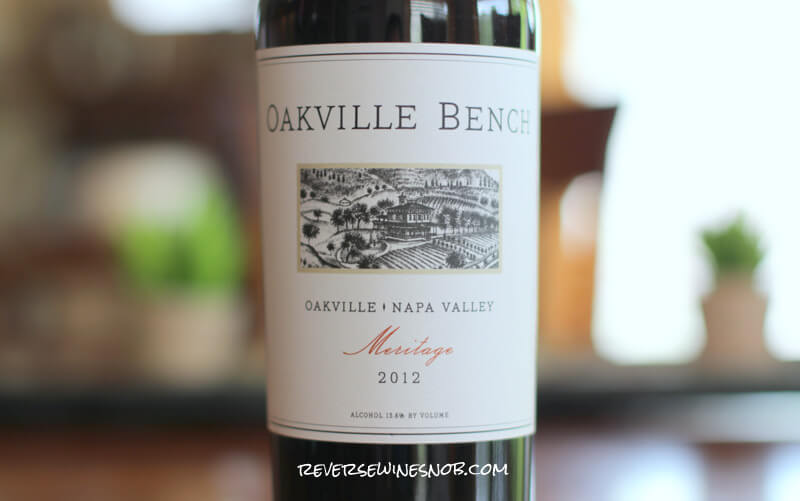 An undisclosed Meritage blend from Oakville, Napa Valley, California but by definition it must contain two or more of the following varieties: Cabernet Sauvignon, Cabernet Franc, Malbec, Merlot, Petit Verdot with no single variety making up more than 90%.

It has obviously been aged in oak for a good amount of time but they don't specify how much. The wine is available exclusively at Trader Joe's.

It's also interesting in that it appears the 2015, 2016 and 2017 vintages were released before this one. My guess is that perhaps with the current conditions Trader Joe's was able to source some older wines that a winery was looking to move to keep their cash flow going. As with a lot of these wines, it's not even necessarily from the same producer as previous vintages.

All that said, you rarely find anything coming out of Oakville for under $20 (or even all that close to $20) so let's check it out!

There's no info on bottle except that the wine was cellared and bottled by Oakville Bench Cellars and has 13.8% alcohol.

The 2012 Oakville Bench Meritage is a bit hot and grapey when first opened but it settles in nicely pretty quick. Once it does you'll find lots of ripe dark fruit, lots of vanilla, nice spice notes, plus leather, cedar and more.

The wine tastes super juicy and is loaded with vanilla, tons of deep dark fruit flavors and nice touches of spice. It's not quite as complex as I might like at this price point but it sure is tasty. If you're a Napa lover and ok paying a bit of a premium for it, this one will be right up your alley.

It ends dry with lots of lingering juicy ripe fruit and vanilla plus lingering touches of spice.

Trader Joe's also sells a Oakville Cabernet that we didn't quite like enough to recommend. It's the same price ($19.99) but they're currently selling the 2017. This one not only tastes better but is also more intriguing since it's got a significant amount of age on it already being a 2012.

You can also find more of our favorite red blends here!