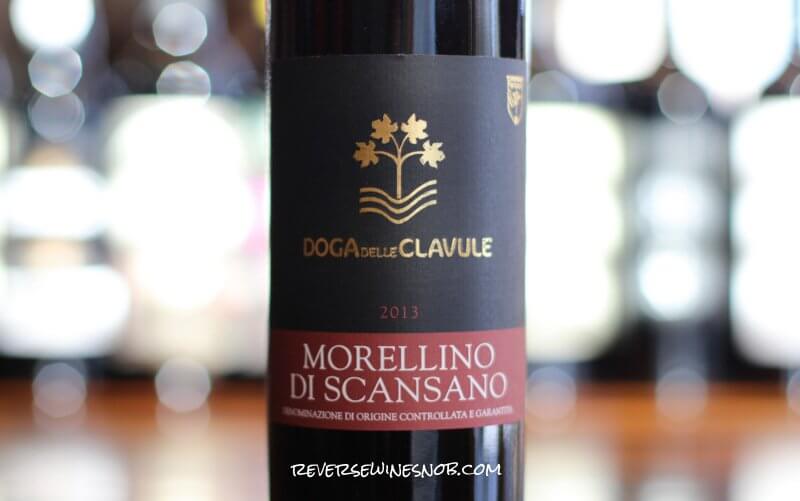 85% Sangiovese and 15% Merlot from Morellino di Scansano, Tuscany, Italy. The wine spends 6 months in 500-litre French durmast oak casks and another 4 months in bottle before release.

Sample submitted for review. The Doga Delle Clavule Morellino di Scansano from Caparzo Winery has an SRP of $19 and is available for as low as $14. 1,100 cases imported by Vineyard Brands.

The soul of the Morellino di Scansano is represented by the Sangiovese grape - locally called morellino - that is able to express special velvety qualities in this part of Tuscany. Doga delle Clavule has an excellent position for vine growing. The estate spreads out over a hilly region, and soils are mainly sedimentary with some examples of neo-native loose soil, deriving from marine deposits of Pliocene origin. The proximity of Mount Amiata creates perfect climatic conditions: vineyards are protected from cold north winds and mitigated by sea breezes. This also reduces to a minimum the possibility of disease to the vine.

The 2013 Doga Delle Clavule Morellino di Scansano DOCG begins with a very pleasing aroma of dark fruit, spice, coffee, tobacco and plenty of licorice. Taking a sip reveals a tart and tasty medium-bodied wine with great balance and plenty of savory fruit. Licorice, vanilla and lots of other interesting touches lead into the dry, long, grippy finish. This is a really smooth and delicious expression of Sangiovese. Bulk Buy!

Looking for more great wine from Italy? Check out our giant list of The Best Italian Wines Under $20!

You can also find more of our Bulk Buy selections here.