A blend of indigenous red and white grapes from the slopes of the active Mount Etna volcano in Sicily, the Erse Etna Rosso from Tenuta di Fessina. 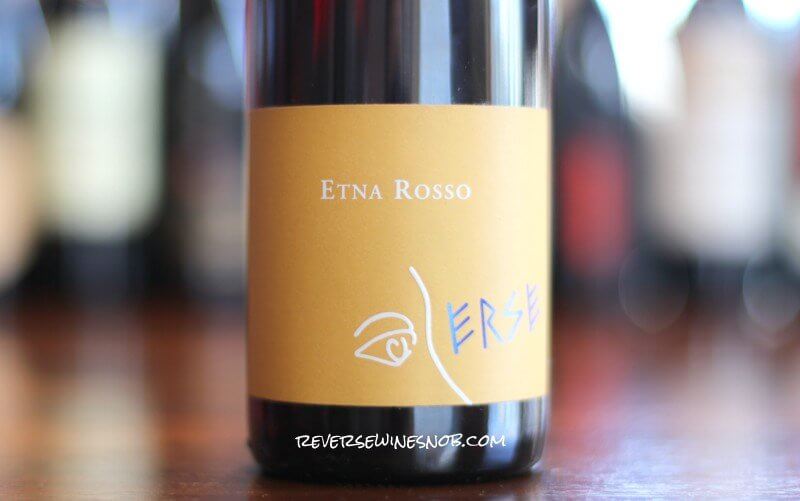 Sample submitted for review. The Erse Etna Rosso has an SRP of $25 and is available for as low as $19.99. Imported by Vineyard Brands. 25,000 bottles produced.

From the winery (Tenuta di Fessina):

Austere and soft tannins. Round and spicy, Erse tells an old story about Etna winemaking, where for hundred years the red grapes have been mixed with the white ones, a marriage between indigenous varieties. A picture of our melting pot vineyard where tastes and roots are melted together, giving a feminine complexity.

Nerello Mascalese (believed to be an offspring of Sangiovese) and Nerello Cappuccio are both red varieties commonly found in Sicily around Mt Etna. Carricante is a white varietal that has been grown on Sicily for hundreds of years and is used in many of the white wines made here. Minnella is also a light-skinned grape, grown only in Sicily and at very small quantities. While it is a bit unusual to blend red and white varieties together, it's obviously not unheard of (Shiraz and Viognier would be a good example.) And lucky for us, this traditional Sicilian mix is a delicious one.

The 2016 Erse Etna Rosso from Tenuta di Fessina opens with a very pleasing aroma of black cherry, baking spice, a little licorice and pepper plus a touch of minty lemon. When tasting this wine it needs some time in the glass to really open up but then it's fantastic. Smooth, medium-bodied, with good bright acidity and firm tannins this is a wonderfully fun wine to investigate. Streaks of chalky, ashy minerality lead into the lovely, long, dry finish.

Looking for more of the Best Italian Wines Under $20? Check out our list!