The roaring 20's are back. Put the finger on some tasty giggle water, the Kings of Prohibition Cabernet Shiraz Red Blend from Trader Joe's. 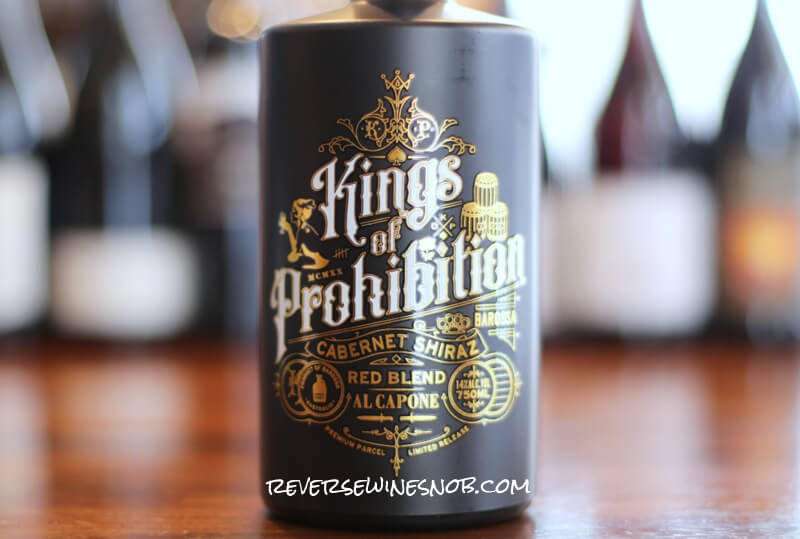 A red blend of 51% Cabernet Sauvignon and 49% Shiraz from the Barossa Valley, Australia. The wine is aged in a combination of stainless steel and old barrels.

The Kings of Prohibition Cabernet Shiraz Red Blend is made by Calabria Family Wines and imported by Vineyard Brands. It is available exclusively at Trader Joe's in the USA and sells for $8.99. There is no vintage listed on the bottle.

From the great era of the roaring twenties, Prohibition stemmed the infamous "Kings of Prohibition". During this dry period many myths were born and the story of bootleggers, such as Al Capone, became legends, setting the path for wine distribution around the world.

Alphonse "Al Capone Scarface"
Notorious gangster, Al Capone, ran an organized crime syndicate in Chicago dedicated to smuggling and bootlegging liquor during the Prohibition era. Walking the line between cold-blooded gangster and modern-day Robin Hood was, in part, what made Capone one of America's most fabled bootleggers. "When I sell liquor it's called bootlegging. When my patrons serve it on Lake Shore Drive, it's called hospitality." - Al Capone

The Kings of Prohibition Red Blend opens with super ripe black cherry, plum and raspberry fruit on the nose along with spice, licorice and touches of chocolate. Tasting reveals similar flavors to the nose, primarily lots of really ripe juicy fruit. It's slightly sweet but quite smooth and overall a pretty nice blend. All the same flavors linger nicely and turn a bit tart on the long, dry finish.

You can also find more of our favorite red blends here!