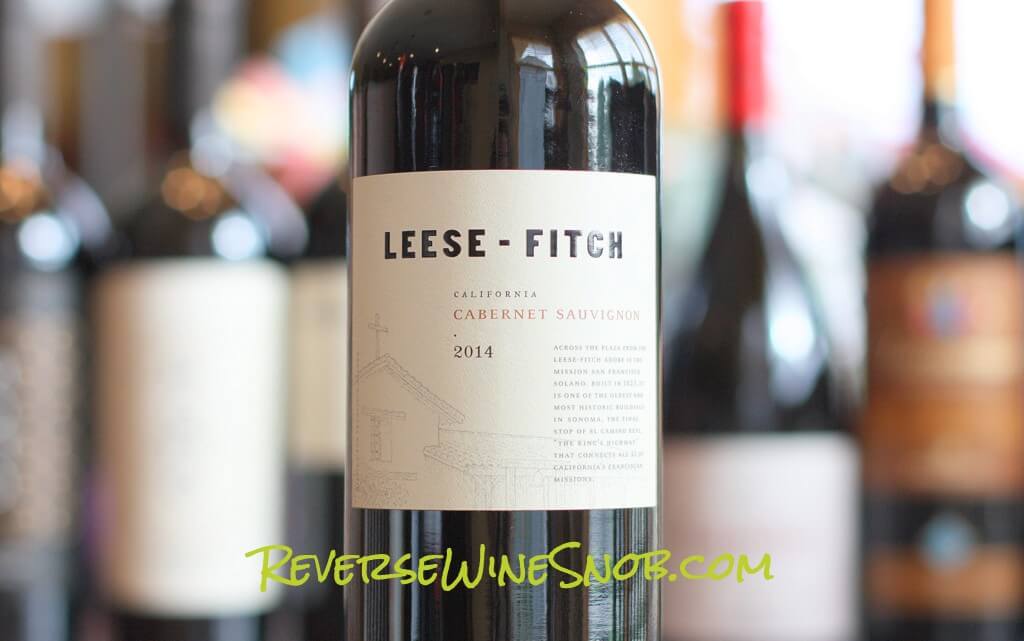 Sample submitted for review. The Leese-Fitch Cabernet Sauvignon has an SRP of $12 and is available for as low as $8.

Across the plaza from the Leese-Fitch adobe is the Mission San Francisco Solano. Built in 1823, it is one of the oldest and most historic buildings in Sonoma, the final stop of El Camino Real, "The King's Highway" that connects all 21 of California's Franciscan Missions.

This wine celebrates our home, the Leese-Fitch adobe. Built in 1836, this historical landmark in the Sonoma Plaza was named after Jacob Leese and Henry Fitch, brothers-in-law to General Mariano Vallejo, the founder of the town of Sonoma.

The 2014 Leese-Fitch Cabernet Sauvignon begins with a pleasant aroma of black cherry, blackberry and violets along with a little baking spice and earth. Tasting the wine reveals it to be smooth and very easy to drink. Loaded with flavors of blackberry, plum, prunes and raisins it almost tastes a bit fortified (but not hot) and I like it. Light touches of oak, tobacco and caramel lead into the dry finish of this slightly sweet, medium-bodied wine. Lingering blackberry, prune and chocolate notes last for a good while in the mouth. At under $10, this one hits the spot!

Also check out our review of the Leese-Fitch Chardonnay, a smooth operator.

Looking for more great Cabernet Sauvignon under $20? Find all of our recommendations, plus tips to finding great value, right here.