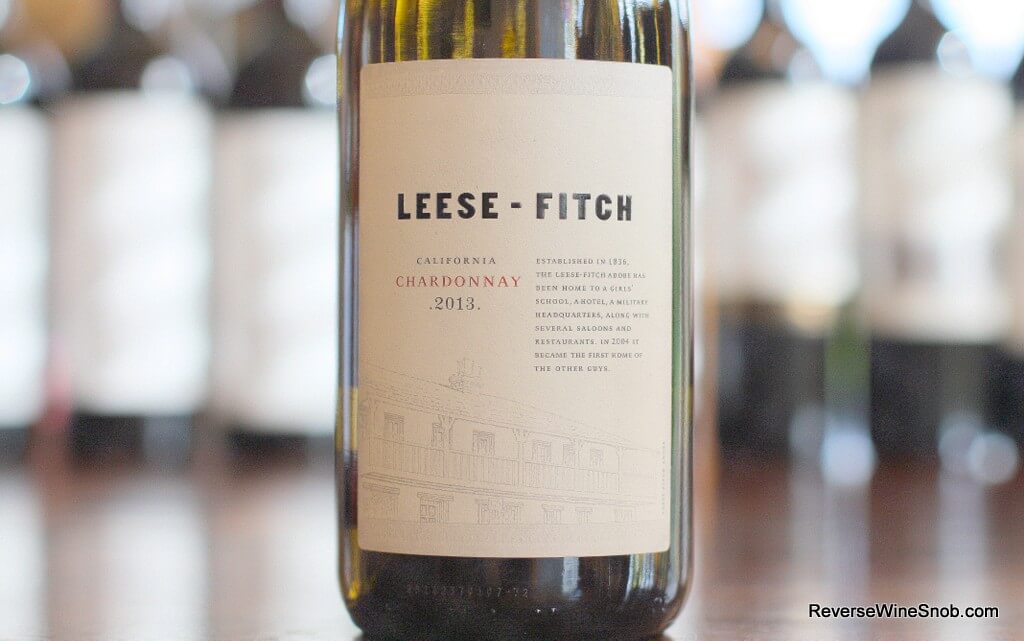 98% Chardonnay and 2% Viognier from California. The wine has a residual sugar of 3.2g/L.

This review is brought to you by Leese-Fitch Wines.

The Leese-Fitch Chardonnay has an SRP of $12 and is available for as low as $10. It is vinted and bottled by The Other Guys. Sample submitted for review.

Established in 1836, the Leese-Fitch adobe has been home to a girls' school, a hotel, a military headquarters, along with several saloons and restaurants. In 2004 it became the first home of The Other Guys.

This wine celebrates our home, the Leese-Fitch adobe. Built in 1836, this historical landmark in the Sonoma Plaza was named after Jacob Leese and Henry Fitch, brothers-in-law to General Mariano Vallejo, the founder of the town of Sonoma.

The Leese-Fitch Chardonnay begins with pleasant aromas of apple, citrus and tangerine. Smooth and tasty in the mouth, this is a non-buttery Chardonnay that focuses on the rich fruit. And there is lots of that -- apple, pear, tangerine, lemon, lime and tropical fruit are all represented. With a touch of honeyed sweetness as well this wine has a pretty wide range of pairing possibilities including spicy foods. It ends with more rich fruit that lingers for a good long while. It's hard to imagine anyone not liking this solid example of a California Chardonnay.

This review is brought to you by Leese-Fitch Wines.