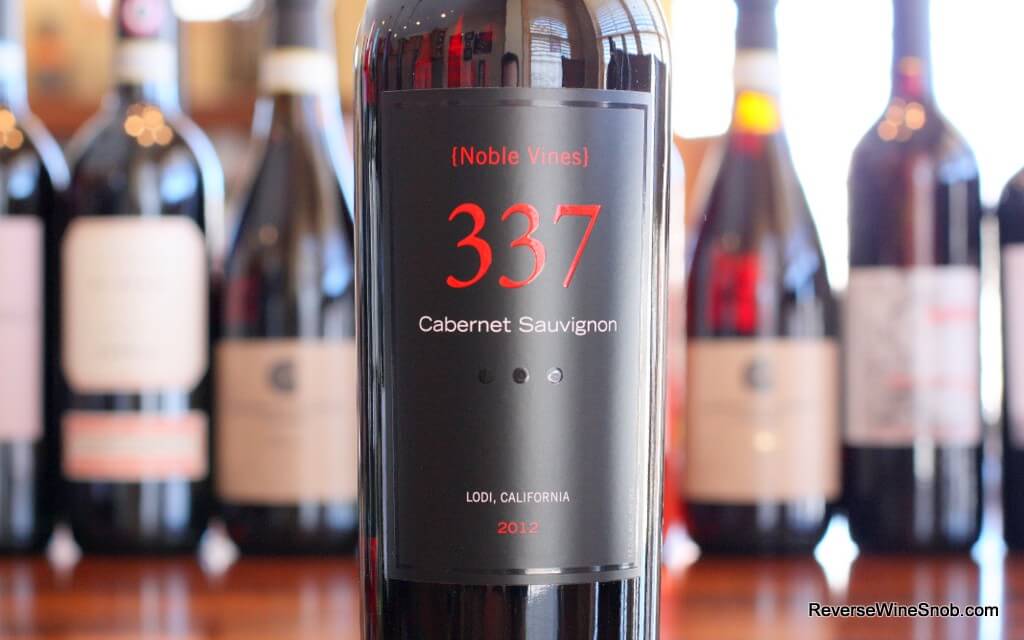 Cabernet Sauvignon from Clay Station Vineyard, Lodi, California. The wine was aged for several months in a mix of French and American oak and has residual sugar of 3g/L.

Sample submitted for review. The Noble Vines 337 Cabernet Sauvignon has an SRP of $15 and is available for as low as $10. 75,000 cases were produced.

Not All Vines Are Created Equal

Noble Vines 337 is the most coveted Cabernet Sauvignon vine stock in Bordeaux, France. These rare vines are prized for their concentrated flavor and thrive in the red soils and cobblestones of our Lodi vineyard.

We've been a fan of wines from Noble Vines for quite some time (most recently reviewing their royally good 446 Chardonnay), a brand built on the premise of matching specific clones of grapevines to the areas most suited for them. As such, each bottle carries the clone number of the vine it is produced from. Clones are basically cuttings from a mother vine of a specific variety that while genetically identical have nevertheless developed characteristics unique to the area they are grown in.

The 2012 Noble Vines 337 Cabernet Sauvignon begins with an excellent aroma full of black cherry, plum, chocolate, blueberry and a little spice. Tasting reveals tons of rich fruit, great spice and oak notes and wonderfully integrated vanilla, chocolate and even some caramel. As good as that sounds, the thing that jumps out most is the incredibly comforting, smooth, lush and creamy mouthfeel. It ends dry and very long with lingering coffee notes. When we reviewed the 2010 vintage a few years ago we declared it to be "A Brilliant Burger Wine" and the 2012 vintage definitely lives up to that same high standard. Highly Recommended!