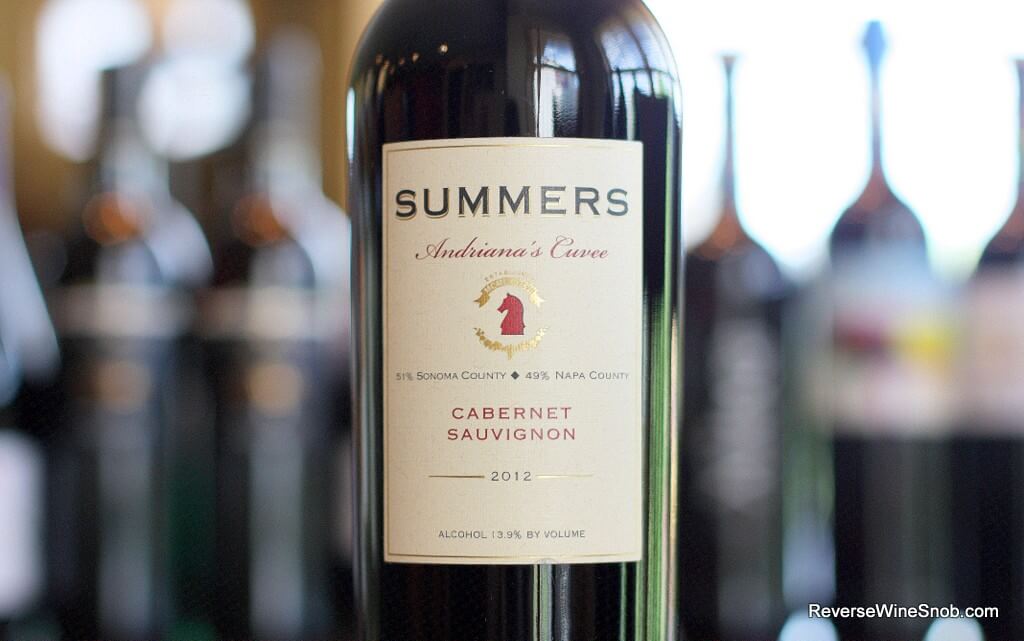 Sample submitted for review. The Summers Andriana's Cuvee Cabernet Sauvignon has an SRP of $25 and is available for as low as $19.99. 6,000 cases were produced.

Summers' Andriana's Cuvee is a blend of Cabernet Sauvignon grapes procured from several select vineyards in Napa and Sonoma Counties, including the Summer's own vineyards. A medium-bodied wine with a deep ruby plum color and notes of black currant, cedar and spice. This wine speaks to our standards of winemaking excellence and we hope that you'll cherish it with your family as we do with ours.

The 2012 Summers Andriana's Cuvee Cabernet Sauvignon begins with very pleasant aromas of blackberry, baking spice, a little vanilla, a little leather, a little cedar and more. Tasting the wine uncovers a rich, smooth and tasty classic California Cab with lots of dark fruit and some well-integrated peppery spice and oaky notes. Dry tannins lead into the long finish which also features a bit of graphite minerality and some continued oaky undertones. This one might still be a bit young but things are coming together nicely!