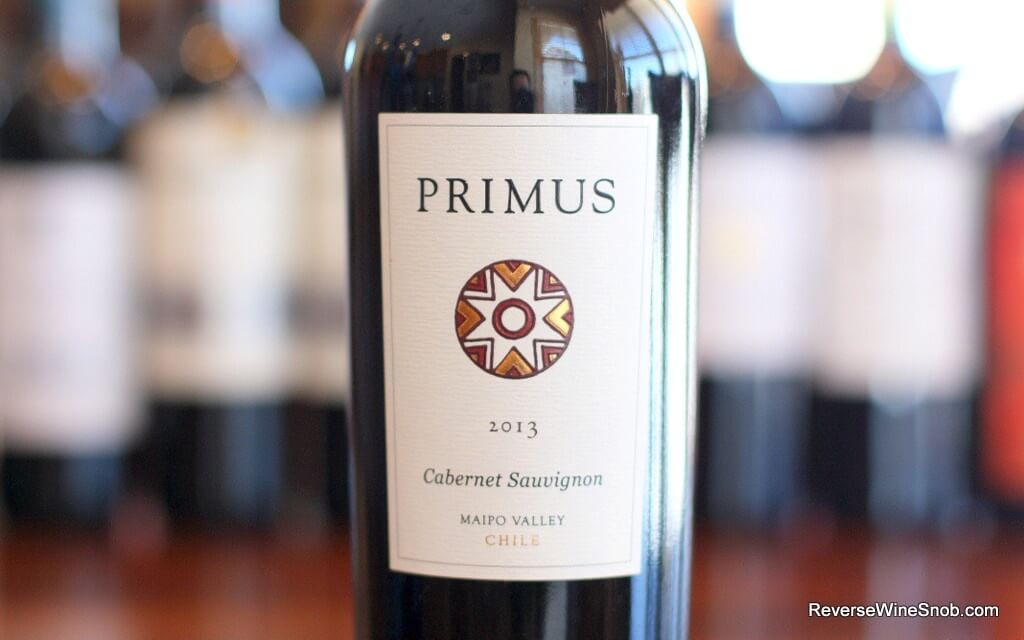 100% Cabernet Sauvignon from Maipo Valley, Chile. The wine spends spends 12 months in French oak, 25% of which is new.

The Primus Cabernet Sauvignon has an SRP of $20. Imported by Huneeus Vintners, LLC. Sample submitted for review.

An elegant expression of Cabernet Sauvignon with aromas of plum and cassis that lead to rich, ripe and red red berry fruit flavors.

As we noted in our series on box wines, it's fascinating to watch the economics behind wine. The example we delved into there was Black Box which used to produce a Cabernet Sauvignon from California. Over time, as grapes prices in California rose, the sourcing of that wine switched to Chile. This is not an isolated incident -- we've seen a number of supermarket brands do this exact same thing (not to mention all the new wines out there that are simply just a label with no real vineyard behind them).

There's absolutely nothing wrong with wine from Chile of course, but one of the things that has gone alongside this cost-cutting trend is the preponderance of green notes in the wines. Many times this is simply because the grapes are underripe, which results in elevated levels of pyrazine. (Pyrazine is the class of compounds that gives green pepper its distinct taste.) Cabernet, a late ripening grape that does best in warm, dry climates seems to be particularly sensitive to this in Chile, at least in my experience. In fact, it's a common enough occurrence for me that it is quite notable when it is not an issue, such as today's excellent bottle.

The 2013 Primus Cabernet Sauvignon begins with a very pleasant aroma of plum, black cherry, blackberry and spearmint. Tasting the medium-bodied wine shows similar fruit to the nose along with good balance and soft tannins. It turns a bit spicy mid-palate where a good dose of cola is revealed as well. Those cola notes last well into the dry finish which also features some sweet fruit and oaky, woodsy notes.