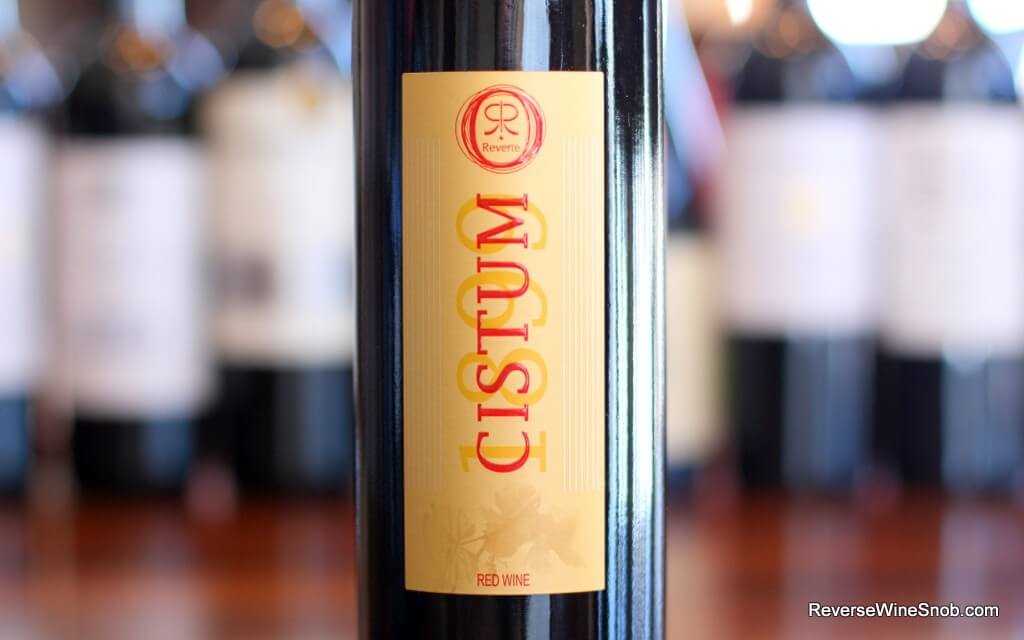 Now these are some truly, truly old vines...Bulk Buy!

The Rafael Reverte Cistum Red has an SRP of $15. Imported by Monsieur Touton Selection, Ltd. Sample submitted for review.

[In English via Google Translate: In the twelfth century the Cistercian monks of the Monastery of Fitero planted their first vines of Grenache and began the preparation of a unique and exceptional wine. Rafael Reverte has recovered Pie Franco vineyard planted in 1899, before the step of Phylloxera, to produce a wine of legend within reach of very few: Cistum.]

Ahh, Spanish Garnacha. Our number one go to wine for finding extreme value. Where else can you find wine made from 120 year old vines for just 12 bucks?? The simple answer to that is nowhere.

And while it seems like we are normally talking about regions like the Calatayud or Carinena when we highlight these extreme values, the Kingdom of Navarra, an autonomously ruled region in Spain, can also turn them out.

Case in point is the 2009 Rafael Reverte Cistum Red. The wine begins with an enticing aroma of dark fruit, spice, lavender and cedar as well as a little olive and balsamic. Tasting is where things really get interesting in this medium-bodied, rich, fruity and delicious wine. Black cherry, cranberry, blackberry, rhubarb, lots of spice, black currant, black raspberry, mulberry...I stopped taking notes after this not because there wasn't more, but because there was so much more. This is truly one of those "the more you taste the more you find" kind of wines. Plenty of graphite minerality leads into the rich, fruity, dry, long, tart finish. Bulk Buy!