When we refer to Turkey as being one of the oldest winemaking regions in the world, we mean it. The southeastern part of Turkey is believed to be where grape domestication all started back in 9,000 BC. In fact by the 6th century BC Turkish wine was actually being exported to France and Italy!

Wine even managed to survive the Ottoman Empire from 1299 - 1923 when it could only be made by non-Muslims. In fact when phylloxera hit European vineyards in the late 1800s, wine production in Turkey quickly increased to take up the slack. Unfortunately due to the political and religious climate the area has only recently begun to see a renaissance of sorts, and still has its challenges, but today winemakers are re-discovering the many indigenous varieties the area has to offer. Today we've got two selections that pair native varieties with tried and true international ones.

First up is the 2011 Diren Karmena Red, a blend of 35% Okuzgozu (Oh-cooz-goe-zue), 30% Syrah, 15% Merlot, 10% Cabernet Sauvignon and 10% Bogazkere (Bow-aahz-keh-reh) from Western-Northern Anatolia, Turkey. The wine spends 12 months in French oak barrels and 18 months in stainless steel before bottling. 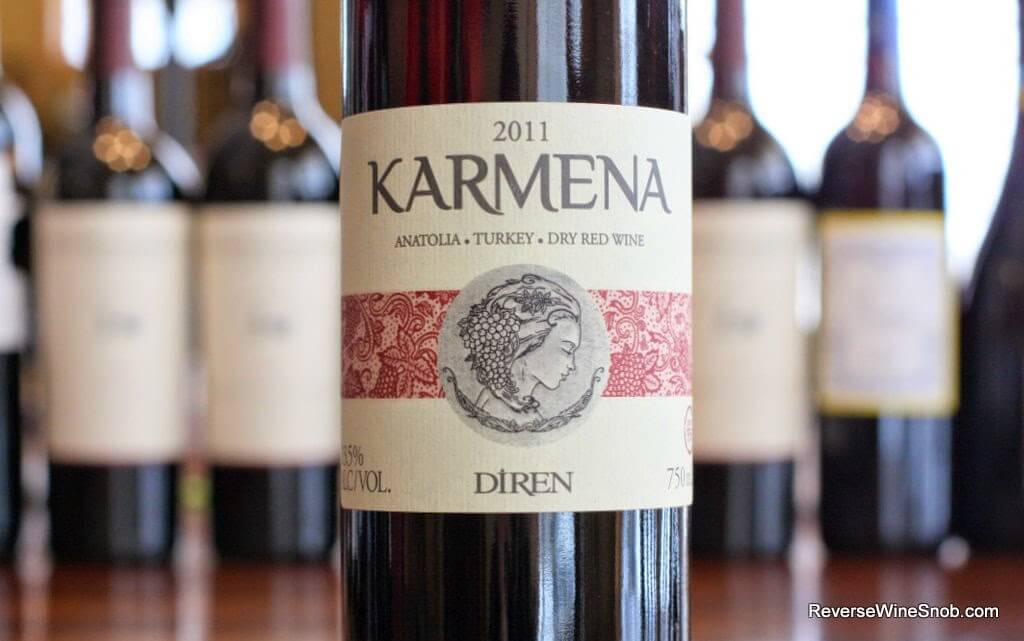 The 2011 Diren Karmena Red Blend starts a bit muted but then it opens into a pleasant bouquet of red plum, red cherry and a little cranberry. Tasting the wine reveals a juicy yet dry wine tinged with spice. Smooth, savory and with great balance, this is an excellent blend offering lots of enjoyment. Those spice notes intensify on the long, mouth-drying finish and are followed by some long lasting fruit notes. I love it! 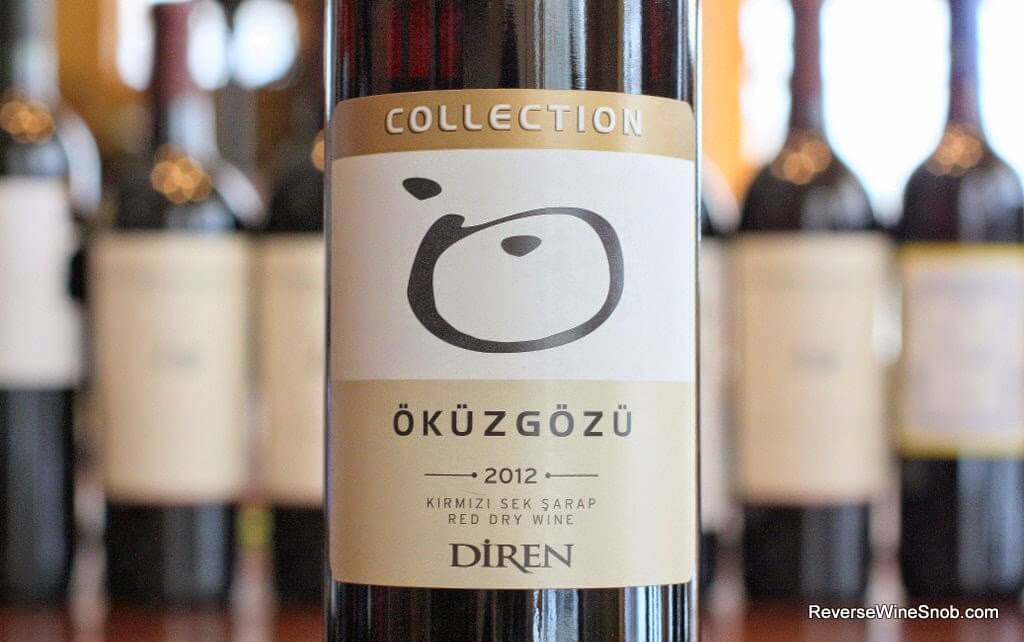 It has an SRP of $15 and is available at that price. 13.3% Alcohol. 1,000 cases produced. Imported by VinoRai. Sample submitted for review.