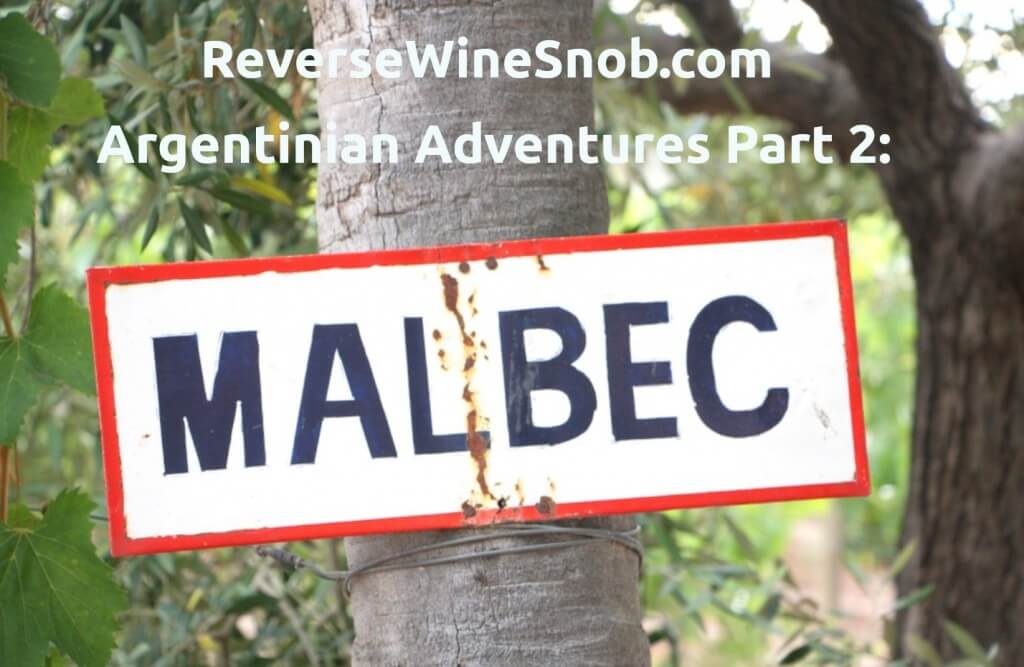 The variety that put Argentinian wine on the map.

Last week, in part 1 of this series, we attempted to introduce you to the breadth of wines (beyond Malbec) that can be found in Argentina. We also gave you an opportunity to taste some of our favorites in our first ever Flash Sale. Today we're back to talk about the rest of our trip with a special focus on the variety everyone loves, Malbec.

One of the more notable visits on our trip was to Altocedro, both their Alandes winery and their main operation in La Consulta where they make their incredible wines. Winemaker and owner Karim Mussi Saffie is serious about his Malbec and it shows in his wines.

In the vineyard they showed us how they replace old, non-productive vines by running shoots from the healthy vine next to it deep into the ground and back up. After about two years the runner develops its own root system. At that point they cut the original shoot and now have two distinct, productive vines. 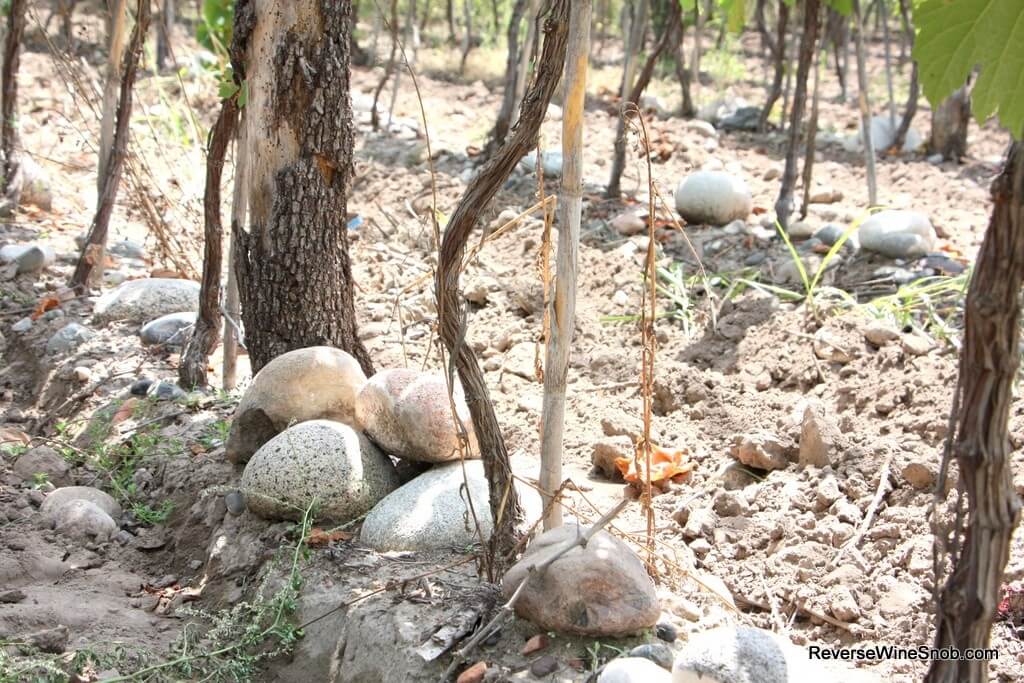 Originally built in 1904, the Alandes winery is mainly used to perform services for others - custom crush, storage and bottling. In this way it helps to bring in cash flow for the rest of the business, which is incredibly important in this country where all the banks are nationalized and they are no loans or credit. They also sell some of their second press juice (they use the free run and first press for their own wines) to the big name labels.

We then visited their winery in La Consulta where we had a little competition to see which of our group could produce the best blend using seven different varieties produced at the winery. 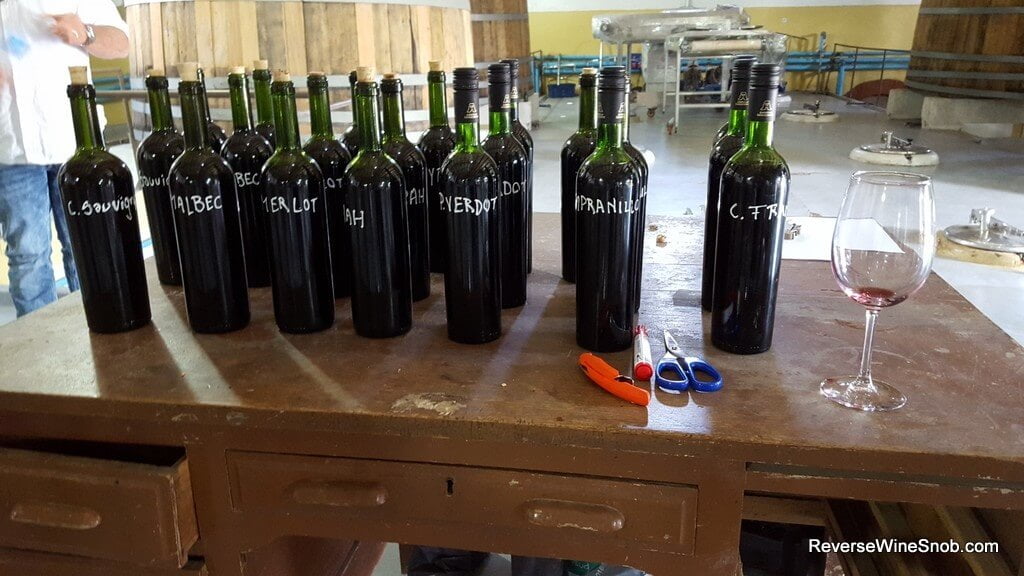 Of course the real winning blend here is the La Consulta Select, a co-fermented field blend of 42% Malbec, 22% Tempranillo, 27% Cabernet Sauvignon and 9% Syrah. 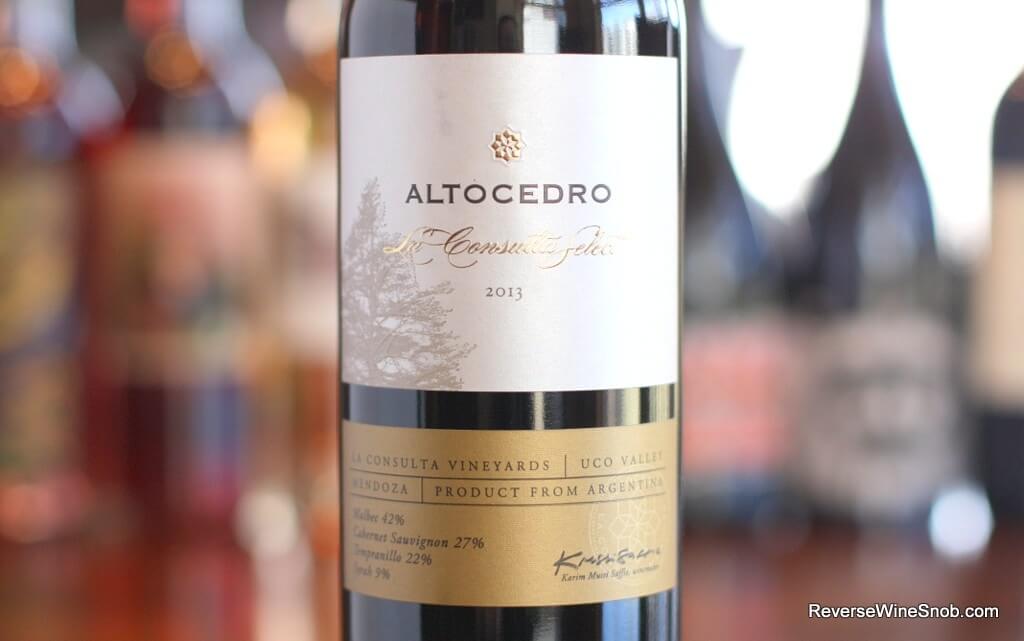 Another Master of Malbec that we had a chance to meet was Pepe Galante, chief winemaker at Catena Zapata from 1976 until 2010, and the man that many credit for making this variety great. Pepe now has his own label, Puramun, with a Malbec Reserva and a co-fermented Malbec/Petit Verdot blend. 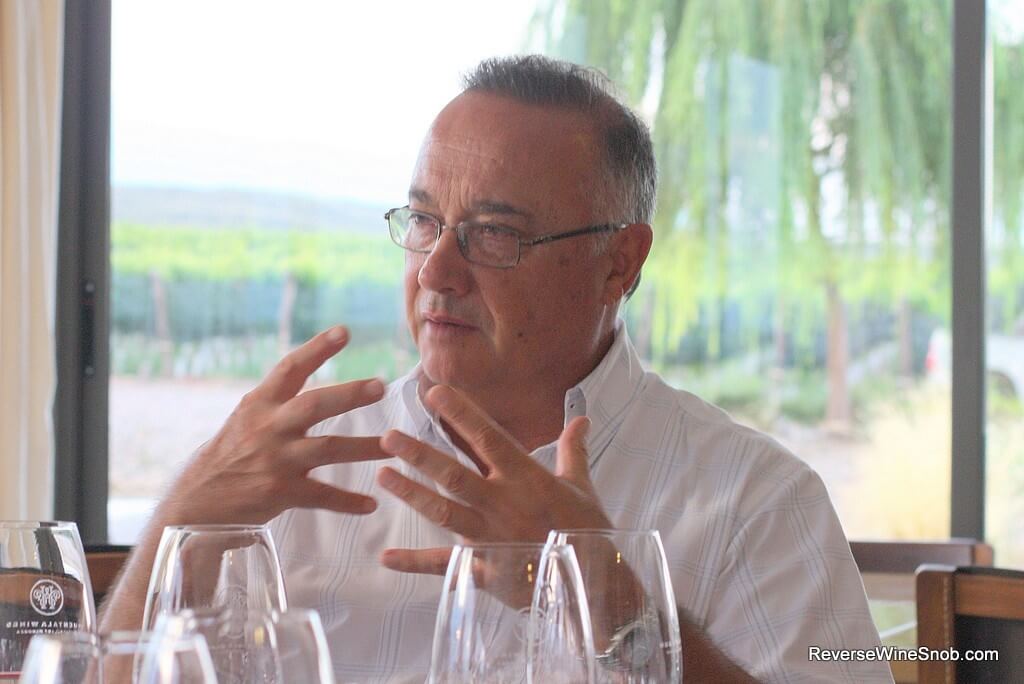 Over an amazing meal we dug into the wines, both of which were absolute stand-outs on the trip. 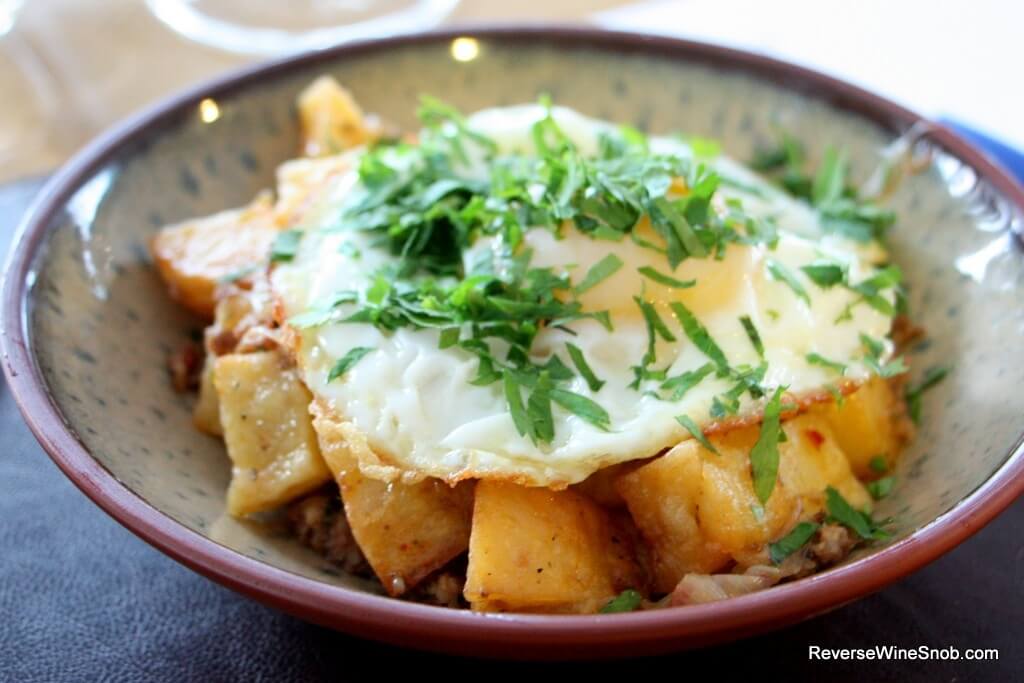 The blend was particularly interesting with 33% Petit Verdot, a grape that Pepe feels elevates the mid-palate and is the best grape to add complexity to Malbec. We certainly wouldn't argue with that. 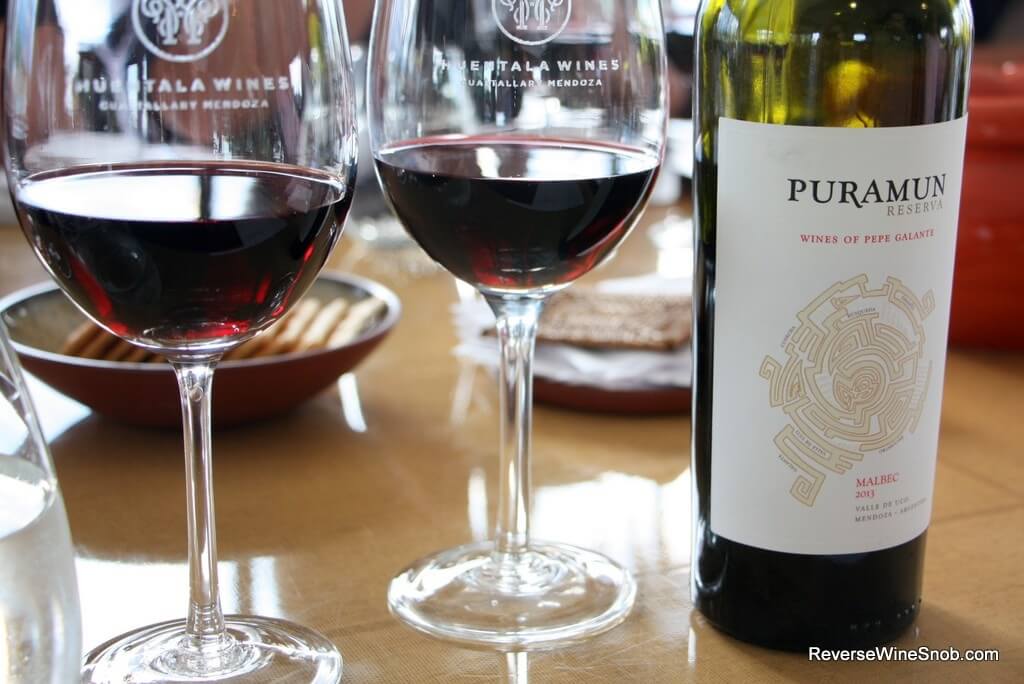 Another notable Malbec we tasted on our trip was the Lamadrid Classic (see Part 1 for more info on this winery). A single vineyard Malbec from Agrelo, this wine easily outperforms it's $13 SRP. 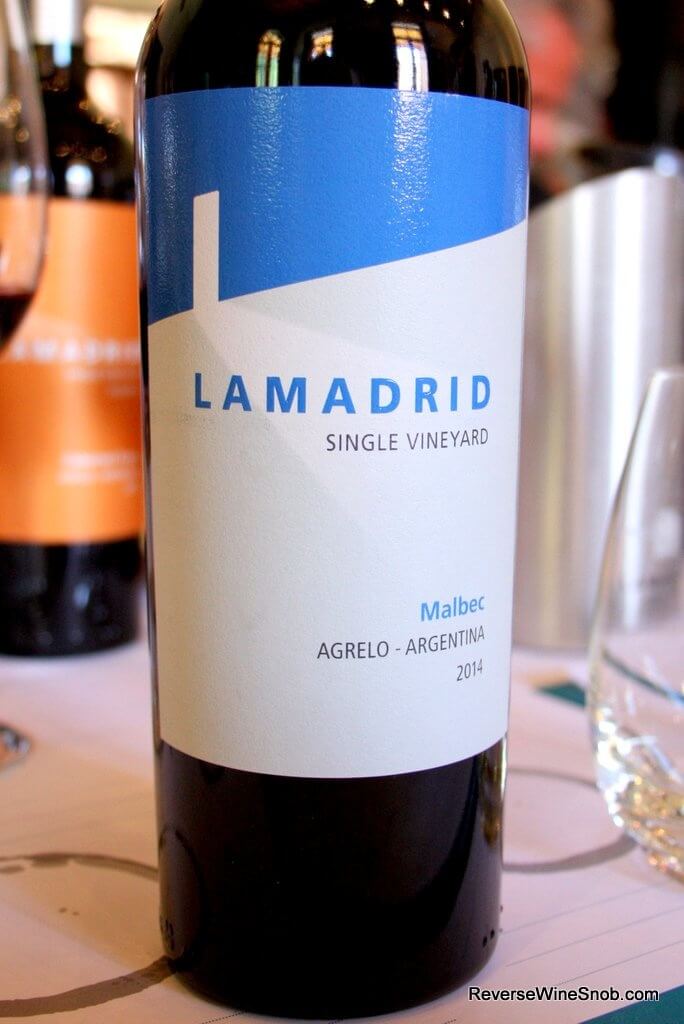 From there we had the pleasure of several tastings with Patricia Ortiz, the owner of both the Tapiz and Zolo wineries and also Club Tapiz, the excellent resort and spa where we stayed. 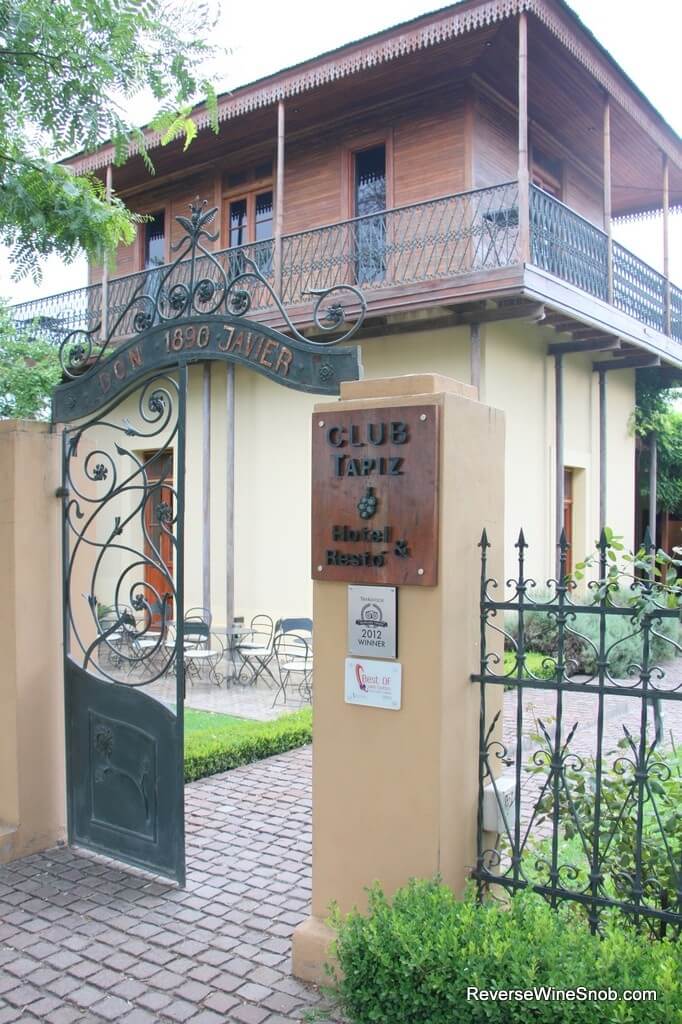 We talked a bit about the Tapiz winery in our last post, but one of the wines we didn't mention there is their excellent and very affordable Black Cabra Malbec. 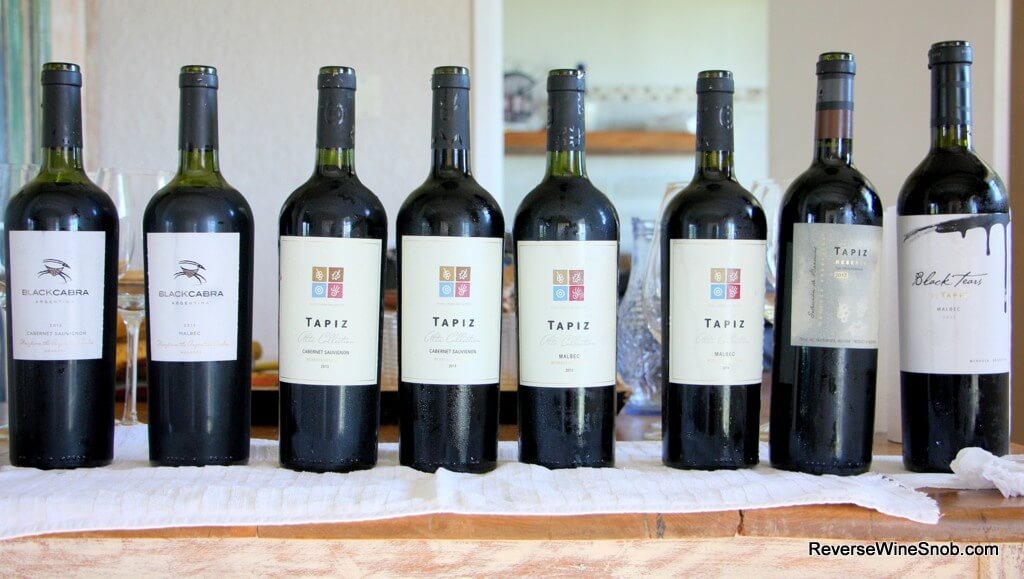 The Black Cabra Malbec is made from 100% sustainably farmed estate vineyards in Mendoza. And while we've often bemoaned that lower priced Malbec simply isn't what it used to be, this authentic version for around $11 takes us back to the good old days where you could hardly go wrong with this variety.

We also tasted through the wines of Zolo, which is probably the most widely distributed of all the wines we tried and of which we have reviewed a few varieties in the past (Malbec, Bonarda and Signature White).

The Zolo name comes from the start of the winery when Patricia and her husband (depicted on the label) lived in Buenos Aires. Since he was a lawyer and unable to travel all the way to Mendoza during the week, Patricia left him and the kids "zolo" each week. The hat blowing off his head on the label is because the wines are so good. 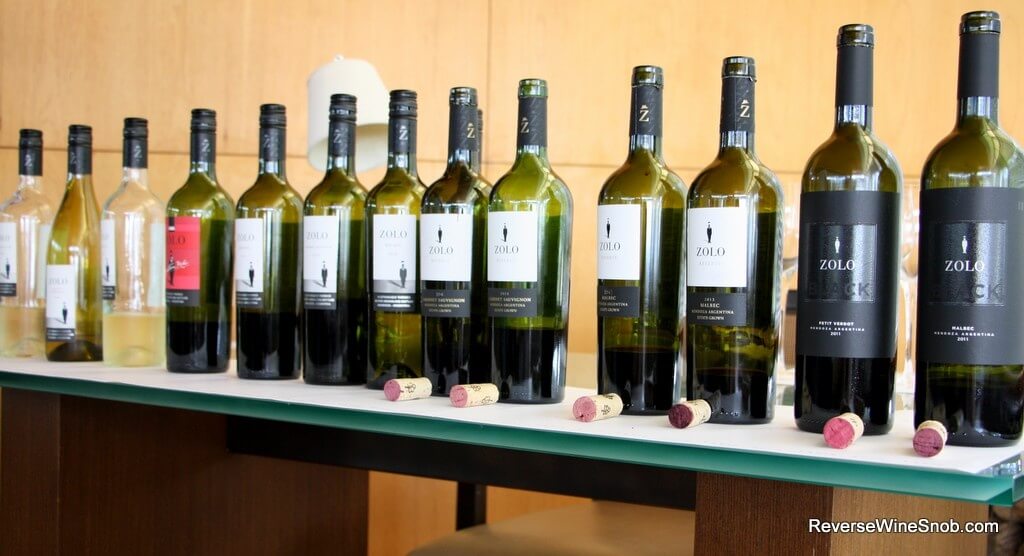 We were particularly impressed with the Zolo Malbec Reserva Malbec (SRP $18), a big, fruity, dry, very well-integrated wine that spends about 12 months in 95% new French oak. 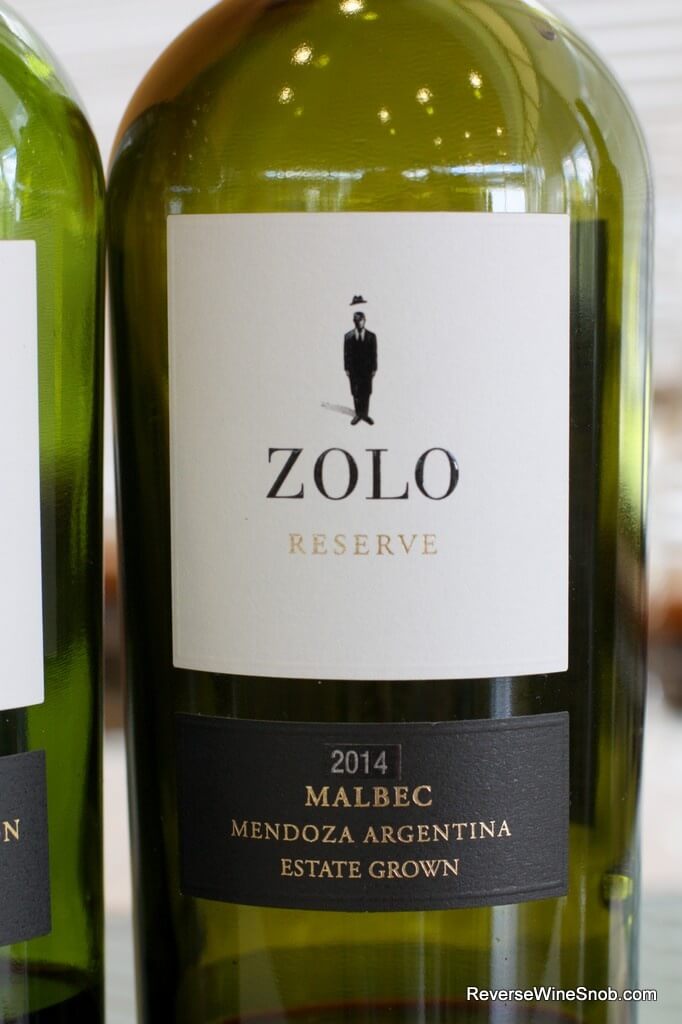 And with that (and a quick tango lesson), our trip to Argentina was over. Special thanks again to Vino del Sol for this amazing experience! 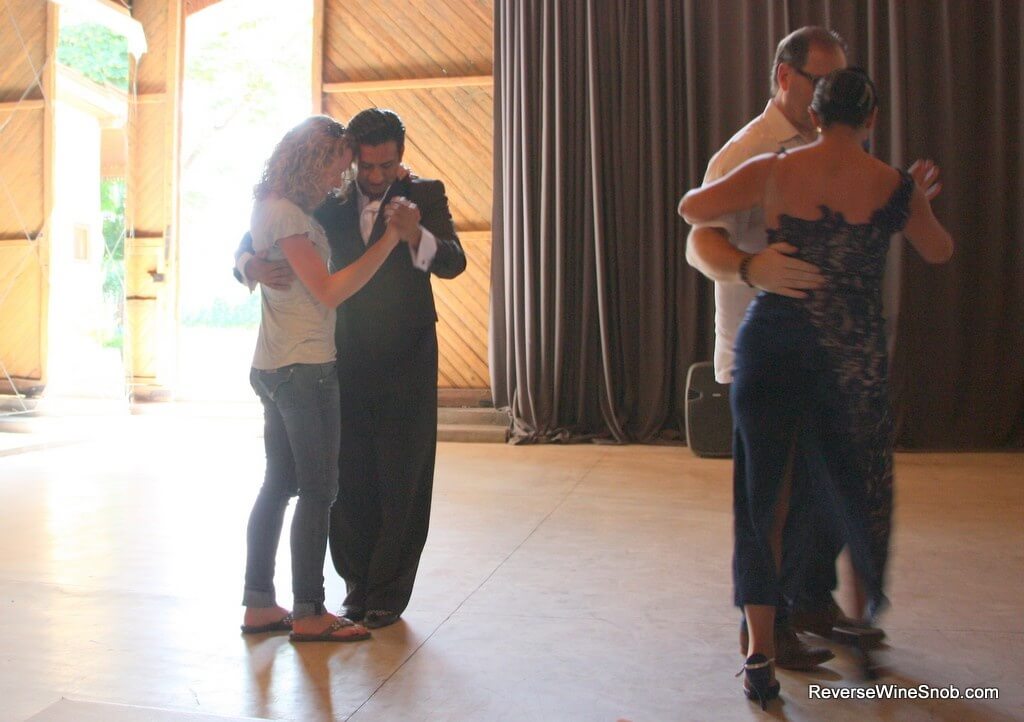