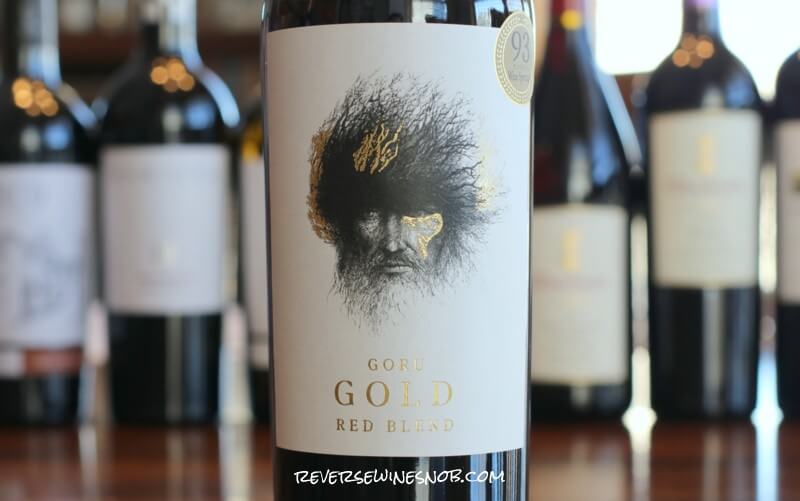 80% Monastrell, 15% Syrah and 5% Cabernet Sauvignon from Jumilla, Spain. The wine spends 12 months in new and second use French, American and Romanian oak barrels. It has less than 5 g/L of residual sugar and is vegan friendly.

The Ego Bodegas Goru Gold has a SRP of $20 and an average wine-searcher price of $14 but we grabbed it at Costco for just $9.99. It is imported by Tri-Vin Imports Inc.

We're big fans of Monastrell (aka Mourvedre) here at Reverse Wine Snob and Ego Bodegas has had several of them at Costco as of late. (The Ego Bodegas Infinito and the Ego Goru 18m.)

The 2017 Ego Bodegas Goru Gold Red Blend begins with a pleasing aroma full of ripe berry along with licorice and chocolate.

The wine tastes smooth and almost a bit sweet with continuing licorice and chocolate notes in this dry wine. It also has plenty of vanilla in the mouth. When we initially scored it, we gave it a Taste rating of 7 but it adds some complexity and nice layers after a couple hours of air that bumps it up.

It ends dry, long and grippy. Very pleasing and easy to drink, this is a great find for just $10.

You may also want to check out more of our favorite wine from Spain!