A great Costco find for the Cab lovers, the Luke Cabernet Sauvignon from the Wahluke Slope. 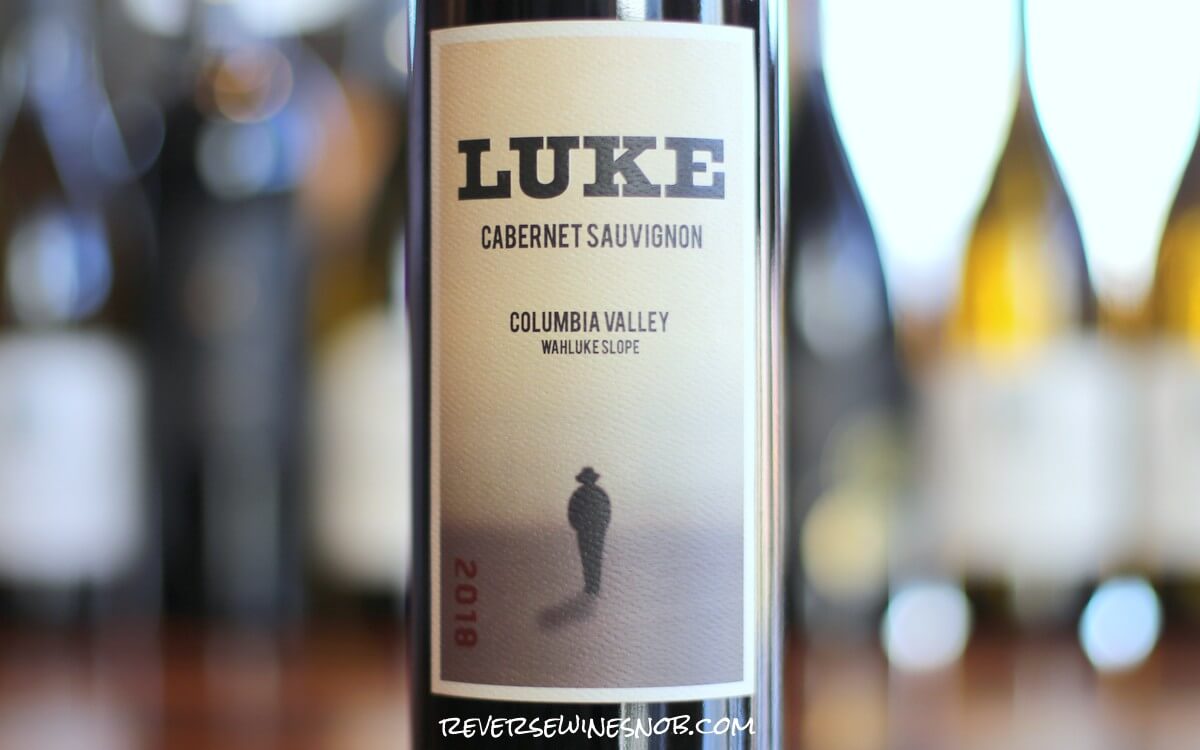 96% Cabernet Sauvignon, 3% Malbec and 1% Petit Verdot from a number of vineyards (Weinbau, Ravenscliff, Southwind, Obelisco and Seven Hills) in the Wahluke Slope, Columbia Valley, Washington. The wine is aged in a combination of French and American oak.

The Luke Cabernet Sauvignon has an SRP of $25 and is available at Costco for $17.99. No Costco in your area? Check your local retailers for this wine. Only 13,702 cases were produced.

The true depth of a man's character is often unknowable, but one conversation was enough to convince me that Luke was an imitation of no one. He revealed himself slowly, like a freed wind emerging from the shadow of a mountain. Undeniably complex. Bold and determined, but unabashedly generous.

Like we mentioned the last time we reviewed this wine (the 2016), I don't really get the branding on this one, but that's OK because we are always up for a Cab from the Wahluke Slope!

The 2018 Luke Cabernet Sauvignon begins with pleasing aromas of black cherry, spice, vanilla and touches of pyrazine and smoke.

Tasting the wine reveals it to be not as big as I was expecting but quite juicy and good. Really deep and thick dark berry flavors with elegant touches of spice and vanilla and some dusty tannins lead into the dry, grippy, very long finish.

I still don't understand the branding but the Wahluke Slope proves to be an ace in the hole once again.

No Costco in your area? Check your local retailers for this wine.

Find all of our recommended wines from Costco as well as our best tips and tricks for shopping the wine department in our giant guide!

You may also want to check out more of our favorite Cabernet Sauvignon!