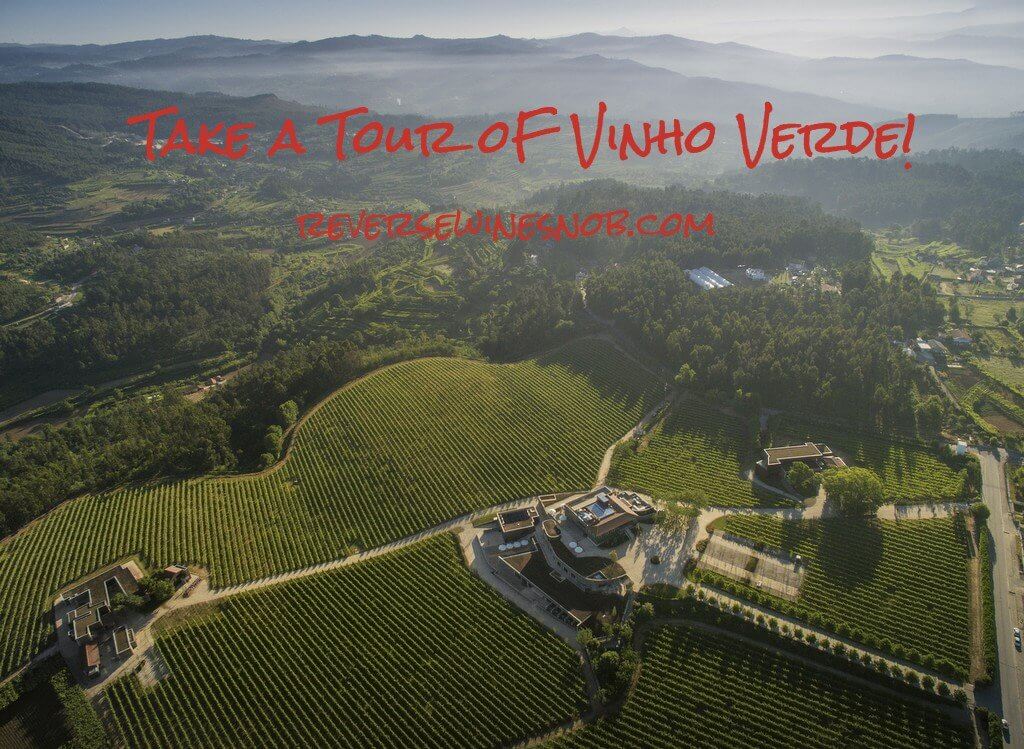 Explore the Amarante and Lima subregions of Vinho Verde, a growing area for wine tourism in Portugal.

One of the most exciting aspects of being a winelover is not just drinking a wine from a faraway region, but actually visiting there and experiencing the wine in the context of its history, its people and its culture. That is exactly what we're encouraging you to do today with this special post sponsored by Vinho Verde Wines on two very special subregions of Vinho Verde, Amarante and Lima.

First up is the subregion of Amarante, located in the southern half of Vinho Verde. Thanks to its inland location and its high average altitude this region is protected from the influences of the Atlantic Ocean. It also has a greater temperature range than the average for the region and subsequently, a hotter summer. This extra heat and altitude favor the development of late-ripening grapes, such as white varieties of Azal and Avesso. The soil is granitic, as is most of the region. The white wines normally have a fruity aroma and higher alcohol levels than the region’s average.

In addition to the wine you can explore such highlights as the archaeological site of Freixo dating back to the 1st century and the historical centre of Amarante where you can snack on the famous convent pastry. You can also discover the Romanesque architecture of the Monastery of the Saviour of Travanca and the Monastery of the Saviour of Paço de Sousa. Finally, it's a great place to partake in one of the most unique expressions of Portuguese culture, painting tiles.

The Lima subregion, in the northern half of Vinho Verde, is also one of the wettest. Thanks to its varying topography it is home to a number of unique micro-climates. (The region is commonly referred to as lower Lima and upper Lima.) Granitic soils are again the norm, with a small area of shale-based soil. The most highly regarded white wines in this subregion are produced from the Loureiro grape variety and display refined, elegant aromas, ranging from citrus fruits (lemon) to floral (rose). The Arinto and Trajadura grape varieties are also scattered across this subregion due to their ability to adapt to mild climates influenced by the sea winds.

Perhaps the biggest tourist highlight in Lima Valley is Ponte de Lima, the oldest town in Portugal! Home to the Noble Fountain at Largo de Camões, the Avenida dos Plátanos (Plane Tree Avenue), the Church of Santo António da Torre Vellha (Old Tower) and the Chapel of Anjo da Guarda (Guardian Angel) the Romanesque and Gothic architecture is a sight to behold. In addition, you can also take in sites like the International Garden Festival and the São Paulo Tower from the fourteenth century as well as the Torre da Cadeia Velha (Old Jail Tower) which was still being used as a prison in the 1960s.

Have we whet your appetite for traveling to these regions? We hope so! Stay tuned for even more information on Vinho Verde in the coming months and in the meantime you can find out more info on Vinho Verde Wines here and check out all our recommended buys from this region.