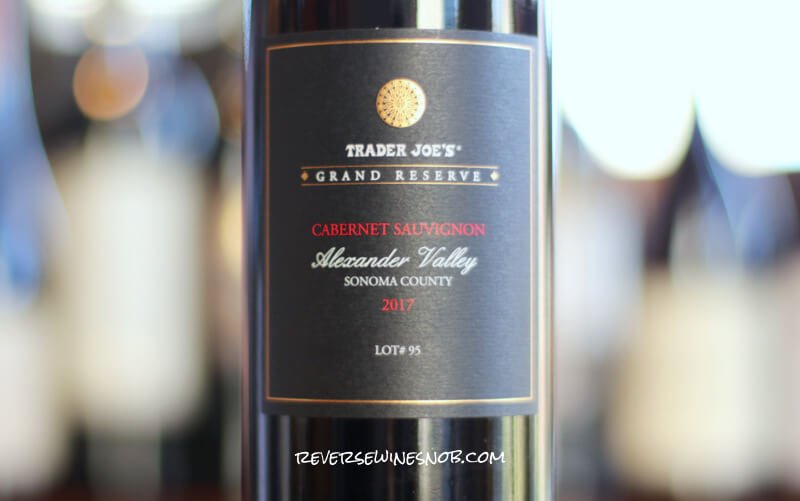 The wine is vinted and bottled by Ashford Court which appears to be a winery in Sonoma County that produces a number of different labels, mostly Pinot Noir and Cabernet. There is no other information on the back label. It has 13.5% alcohol.

It is available exclusively at Trader Joe's and sells for $12.99, which is $3 more than TJ's Reserve level Alexander Valley Cabernet we previously reviewed. (It's also $3 more than the Kirkland Signature version.)

The 2017 Trader Joe's Grand Reserve Alexander Valley Cabernet Sauvignon Lot 95 begins with a pleasing aroma of plum, blackberry and a little vanilla. Taking a sip reveals a smooth and super easy to drink wine with lots of dark fruit with nice touches of spice. I'd place it just a half step above the Reserve level wine and as such it is worth the slightly higher price. It ends long, dry and fruity.

And while we do recommend this one, if you have a well-stocked Trader Joe's its pricing puts it in a weird spot. For our money I'd rather buy the Reserve Alexander Cab at $9.99, which gives you a bit more bang for your buck, or spend a couple dollars more to grab one of the Platinum Reserve Cabs at $14.99.

You can also find more of our favorite Cabernet Sauvignon under $20 right here!