A highly approachable and fun to drink TJ's wine made by Austin Hope? We investigate the origins of the Trader Joe's Grand Reserve Paso Robles Cabernet Franc Lot #103. 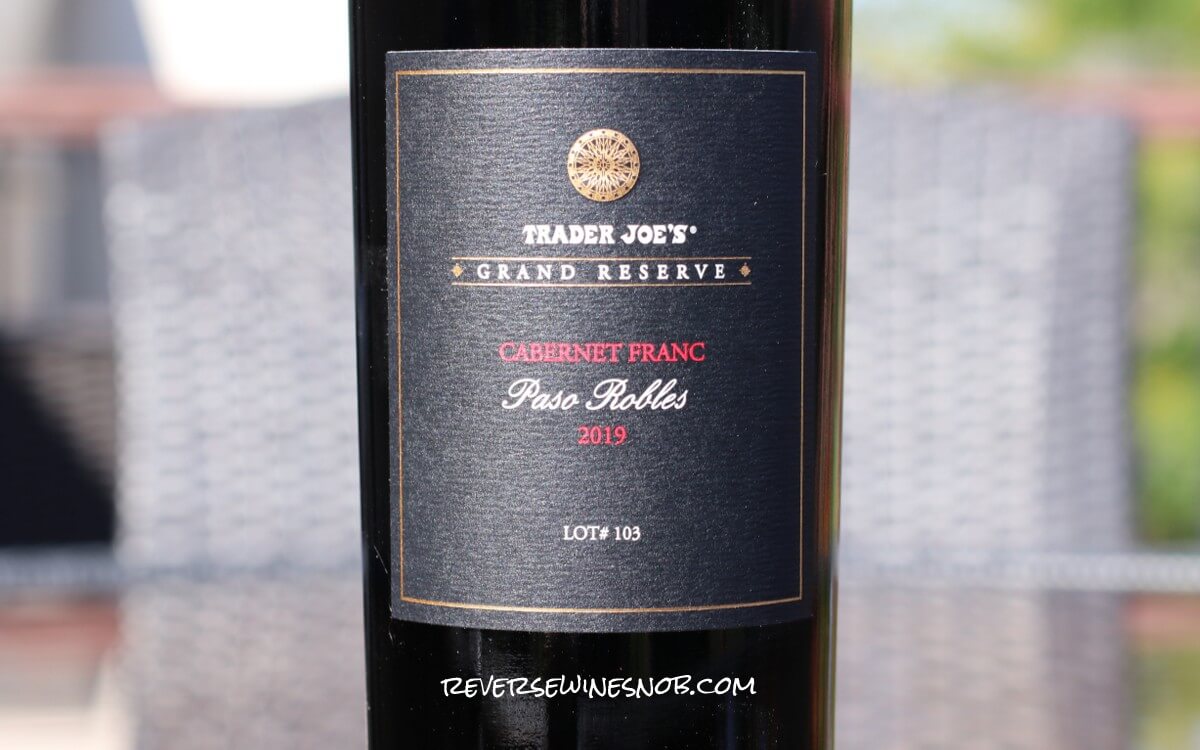 We've become big fans of Cabernet Franc, especially through some fantastic finds from Argentina as well as from California. As such we were quite excited to see this wine pop up at our local store.

As is typical with these private label Trader Joes wines, there is no info to be found on the label except that the wine was "Produced and Bottled by Candor, Paso Robles, CA". The alcohol is 15.4%.

And while this likely isn't the exact same wine that goes into that bottle and there's no way to know if it was actually made by Austin himself, it's still a positive sign for the quality of what is inside.

Tasting the wine reveals it to be just a tad sweet but that helps to give it broad appeal. If you've never tried Cabernet Franc before this is a great place to start. This medium bodied wine features tons of jammy fruit flavor wrapped up in a smooth texture with nice touches of spice.

It ends dry, long and a bit grippy. While it's a bit more sweet and fruit forward than your typical Cabernet Franc, this is hard not to like; in fact, it's certifiably fun to drink!

You can also find more of our favorite Cabernet Franc here!