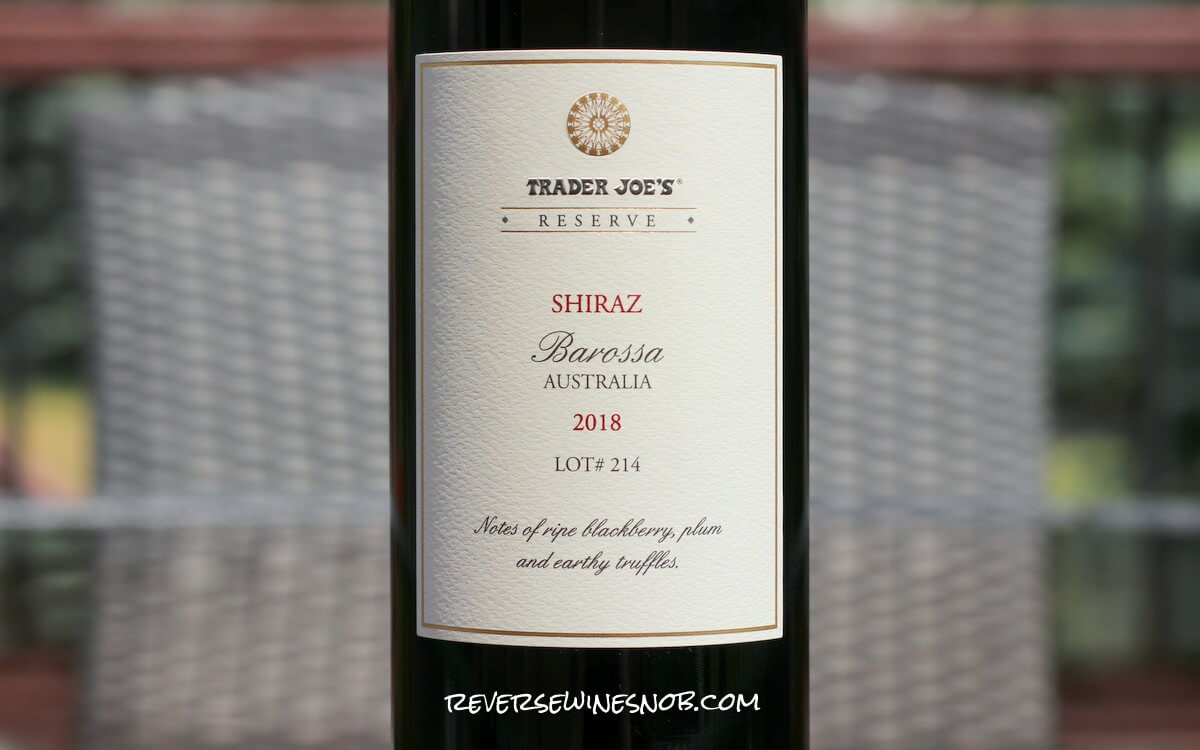 Well, here's an interesting one. I believe this is the first non-domestic Trader Joe's Reserve wine that we have reviewed.

On imported private label wines it seems like typically Trader Joe's just spins up a new brand/label and slaps it on. For whatever reason the Reserve/Grand Reserve/Platinum Reserve labels have focused on domestic wineries. I'm not really sure of the significance of all this but it will be interesting nonetheless to see if this is the start of a trend.

The Trader Joe's Reserve Barossa Shiraz Lot 214 is available exclusively at Trader Joe's and retails for $9.99. It is imported by Plume Ridge.

The 2018 Trader Joe's Reserve Shiraz Lot 214 begins with pleasing aromas of blackberry, plum and a little bit of a meaty note. It's quite nice and smells a bit more like a CA or French Syrah than one from Australia.

The wine tastes very similar to the nose with a touch of peppery spice thrown in. Again, it drinks a bit more like a Rhone Syrah than the typically ripe and jammy Barossa bottle at this price. It has a touch of earthiness and cigar box too that lead into the dry, long, savory finish. And it held up just fine on day 2.

This is quite good, luscious even! What a nice surprise and a great deal for just $10.

You can also check out our review of the Trader Joe's Grand Reserve Barossa Shiraz.

You can also find more of our favorite wines from Australian here!